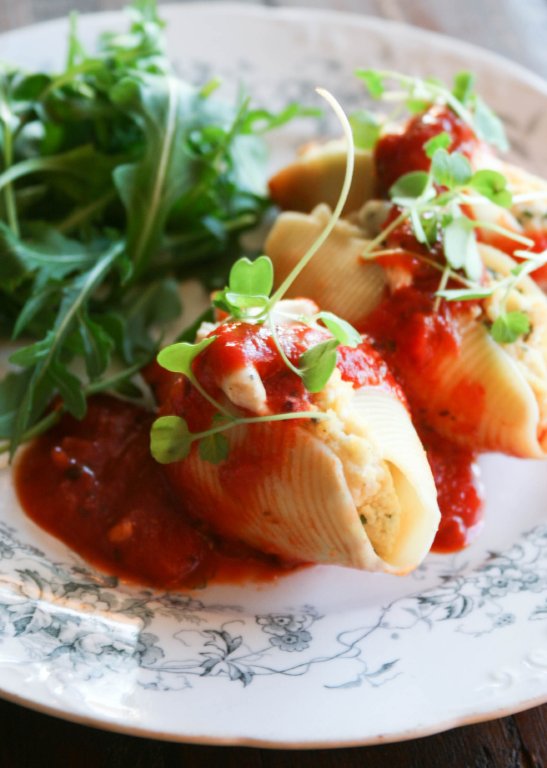 I was thinking about making something totally different.

But that didn’t happen for so many reasons, and it ended up like this. 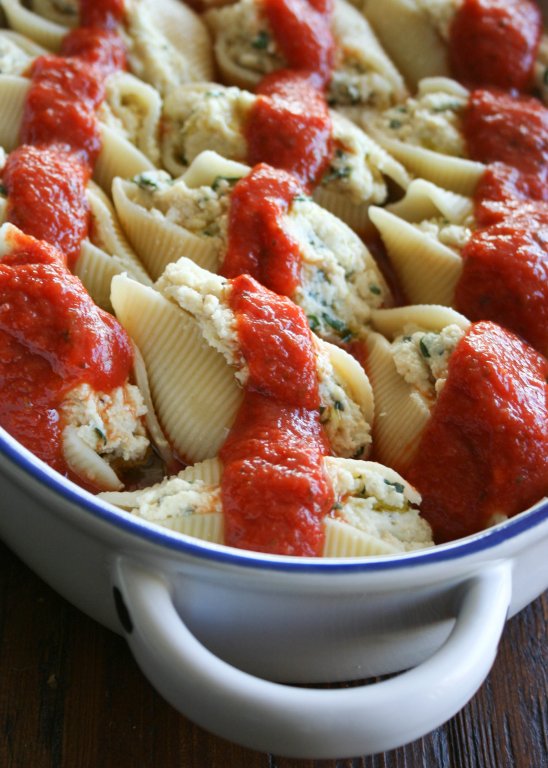 But I didn’t complain. 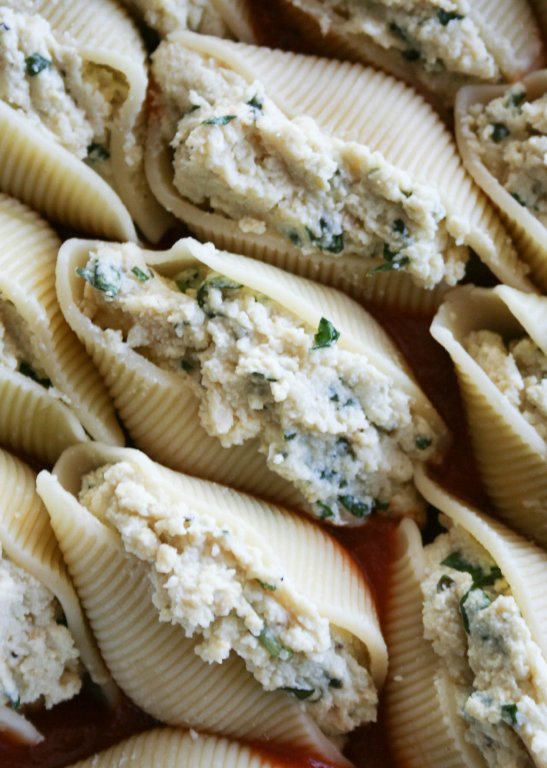 This is what they looked like when the shells were stuffed.

Can you tell what was inside? 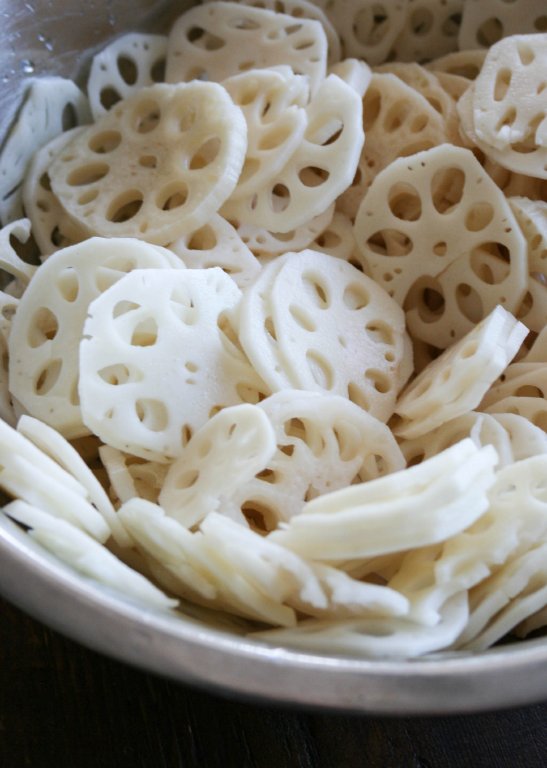 Well, the filling was a mixture of different things, but one of the main ingredients was this, Renkon lotus, which was finely minced.

Renkon lotus along with tofu together created an interesting texture and flavor, and initially I wasn’t sure, but I actually really liked it.

Renkon lotus kept the filling lighter than what I would have typically used, like nuts. 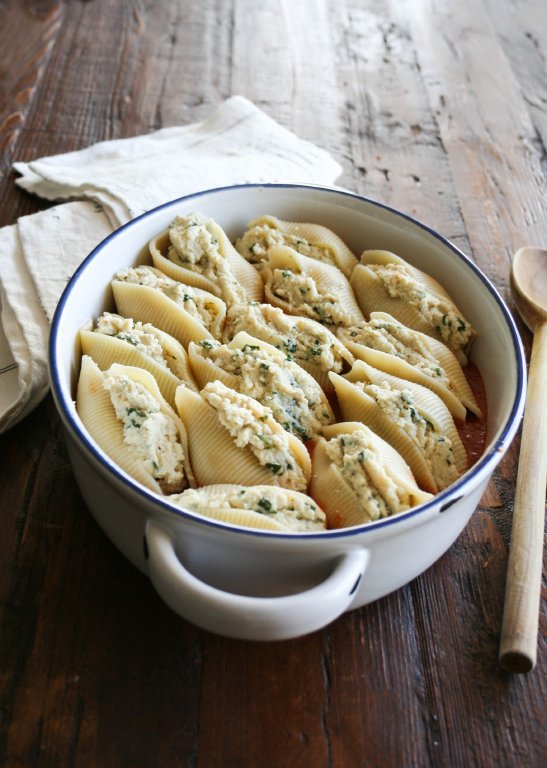 Making stuffed shells was actually my first experience, and I really enjoyed the process. 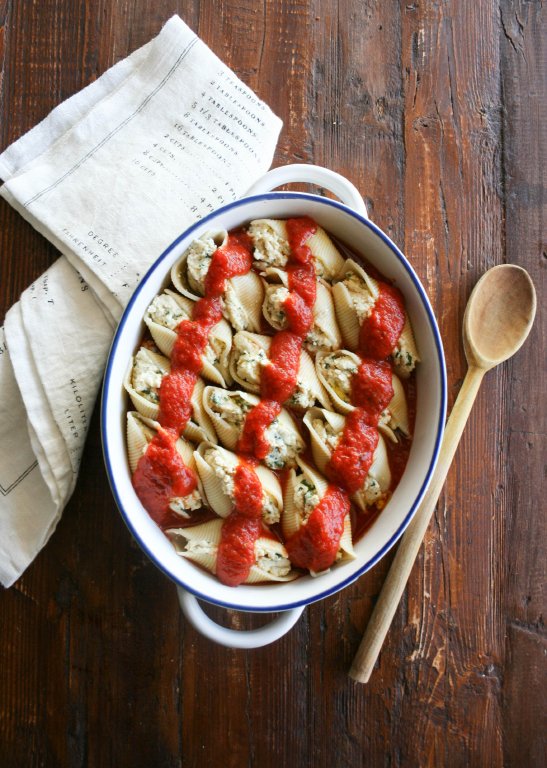 This was what it looked like before going into the oven. 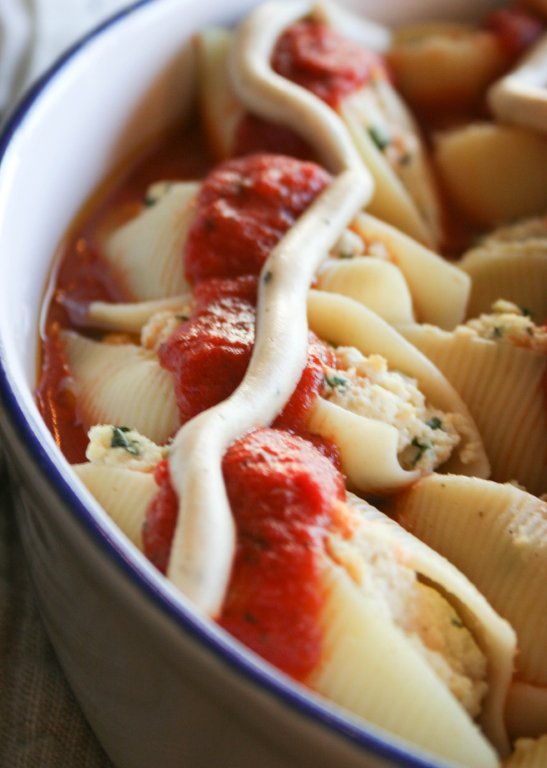 Then later I decided to put some V cheese from Punk Rawk Labs, which is a local vegan cheese maker, and then baked a little more. 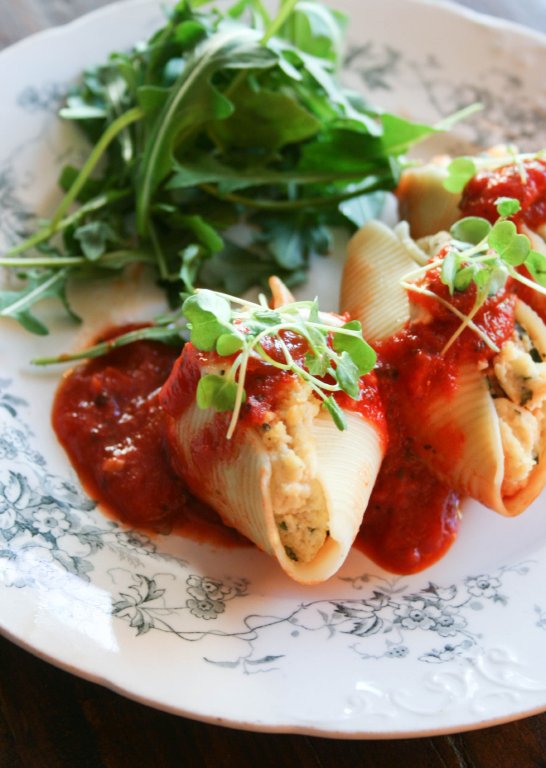 These were tasty when just out of the oven, but they seemed to taste even better the next day when I took some to work and re-heated in the microwave oven.

Since my first attempt was a success, I’ll definitely make stuffed shells again.