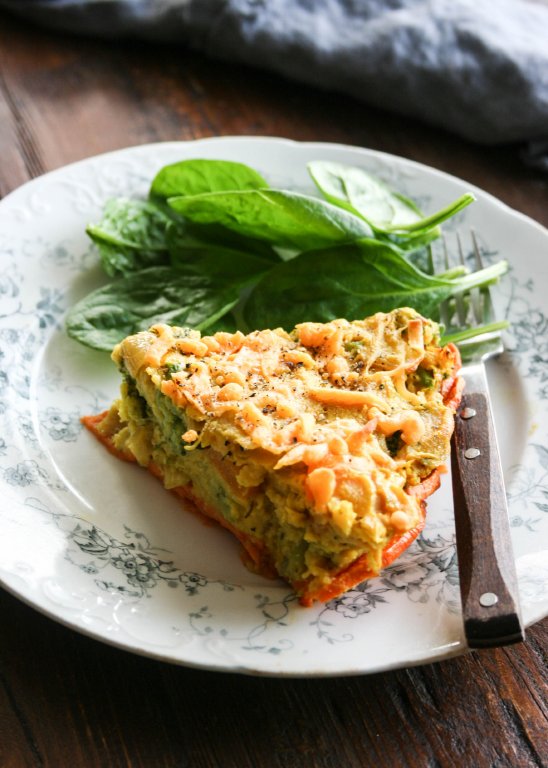 Quiche is one of the latter, or that’s what I thought.

Until I found this “Can’t tell the difference Quiche” recipe. 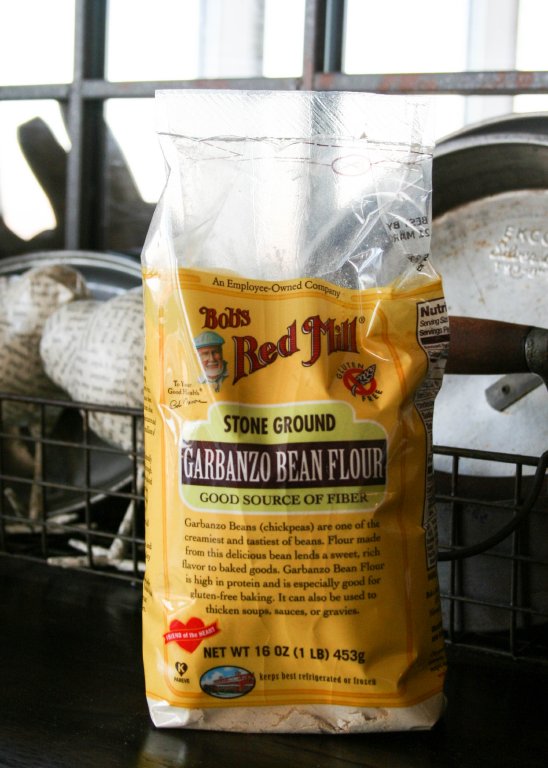 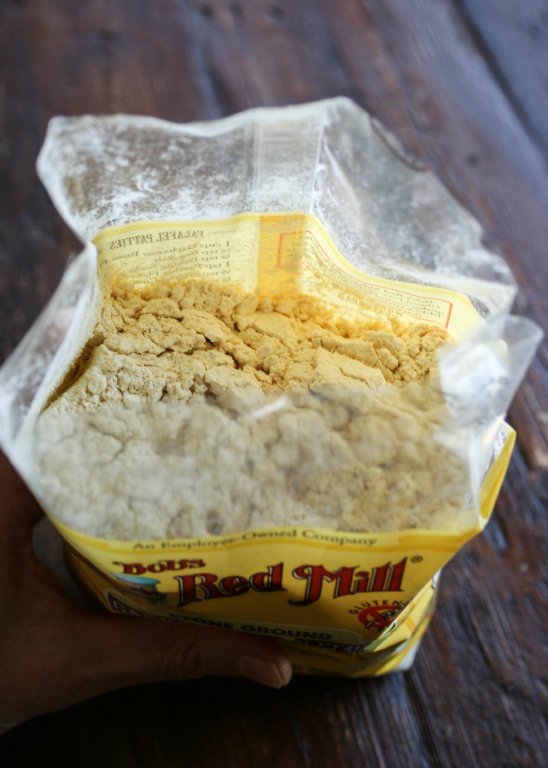 The most important ingredient, aka vegan egg maker?, in this case: garbanzo bean flour.

I could have just followed the recipe, but I was craving for my old-time favorite, the sweet potato crust, and decided to make my first vegan quiche in this version. 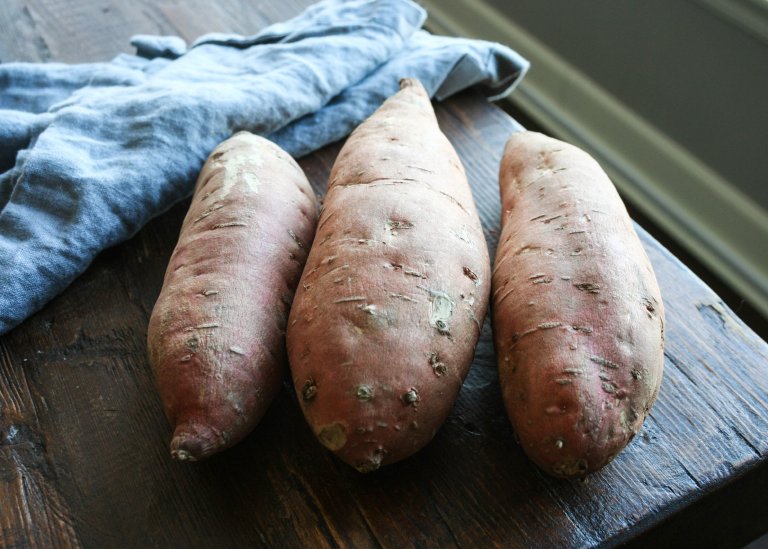 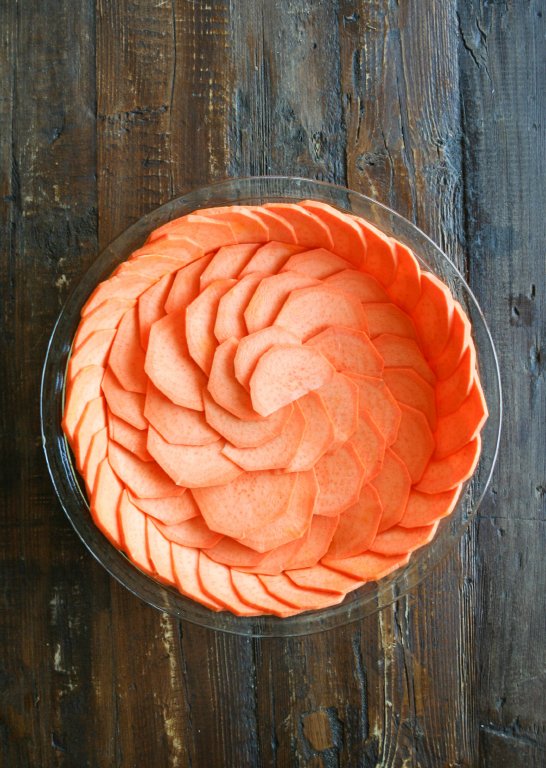 The idea of sweet potato crust  is from this site. (I’ve made the egg version, before, and I loved it.) 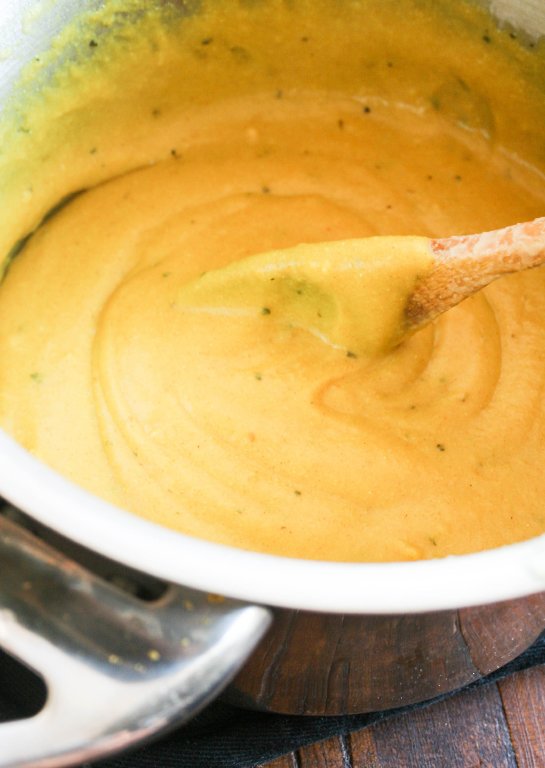 This is what the filling looks like before putting on the crust and bake it. 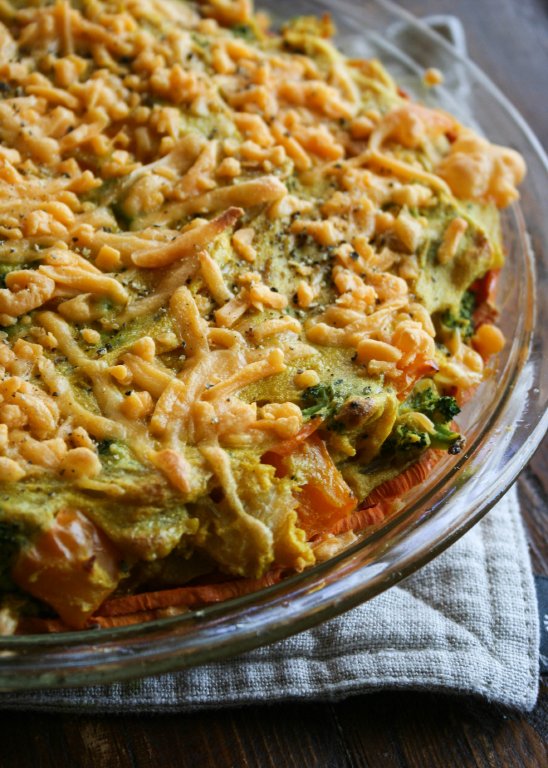 I added onion, orange peppers, and broccoli to the filling.

And then I placed vegan cheddar cheese on top for the last five minutes of baking. 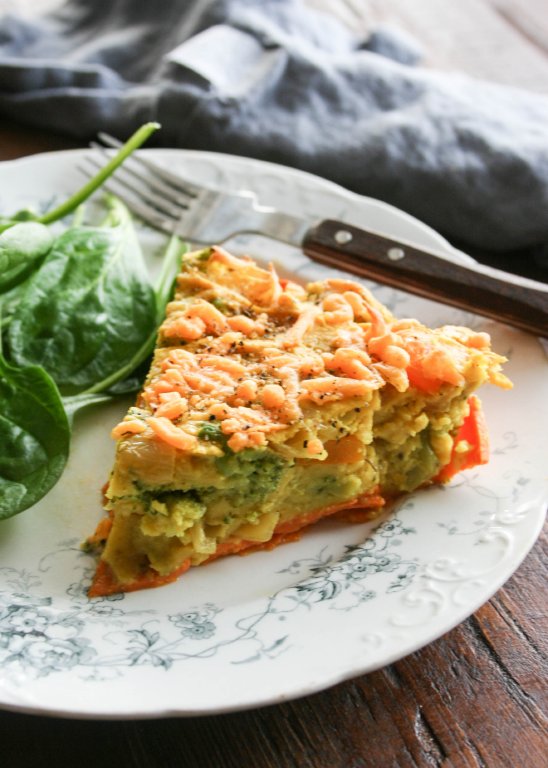 This vegan quiche recipe with the use of garbanzo bean flour is brilliant.

My husband and I both really enjoyed it.

You would probably ask if we couldn’t tell the difference.

If I was not told anything about how it was made, I probably wouldn’t question.

It’s not the same, but it’s pretty close.

One thing I would say is that it is so tasty that I would eat it as what it is, not as a fake-egg dish anyway!

– I used different veggies (broccoli, onion, orange peppers)
– I used 1.5 cup of vegetable broth instead of 1.5 cup of water and stock cube
– I used Italian herbs in place of sage
– No tomatoes.
– I used olive oil to brush the top.
– I sprinkled vegan cheddar on top and baked for the last five minutes. 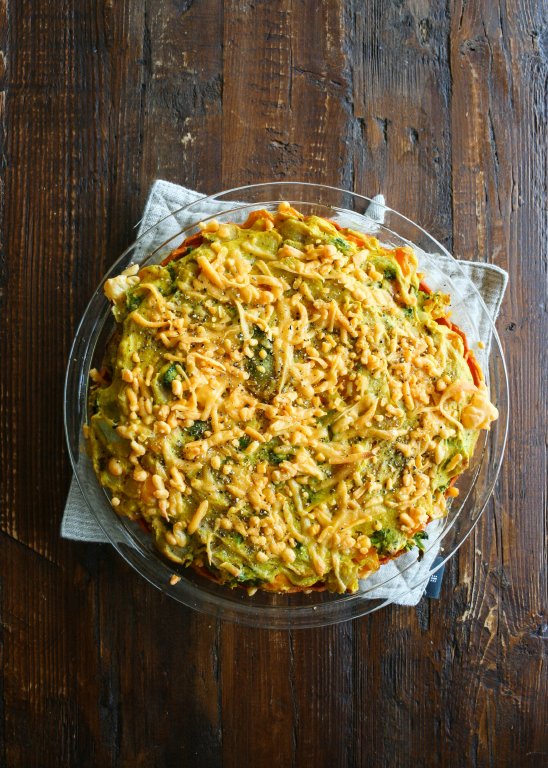