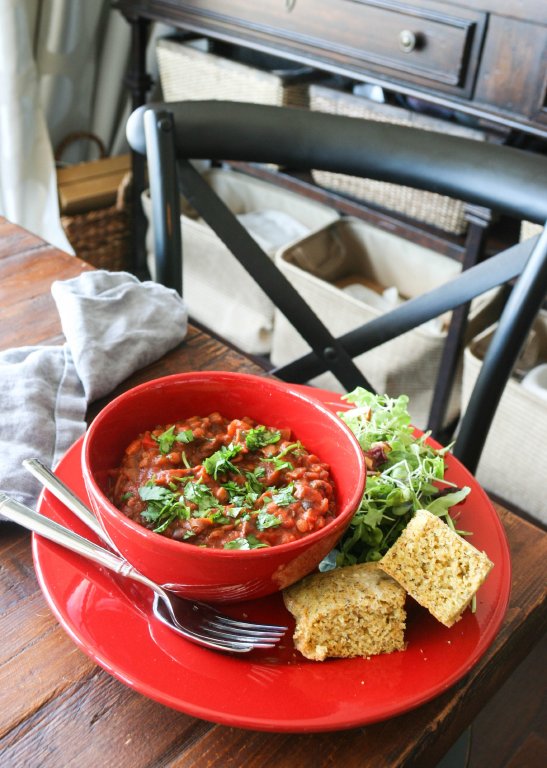 Since we switched from 95% to 100% a few months ago, there really haven’t been any major problems.

We’ve attended some family gatherings, and we’ve learned to bring a dish (or dishes) that we can eat to such occasions.

But yesterday we had a new situation.

We had some company over at our house and we volunteered to prepare lunch.

After having some discussion Terry and I decided to serve food that we eat.

That means no dishes would contain meat, seafood, or dairy.

We initially thought about having a meat option for the guests, but it just didn’t seem right, especially when we knew we would probably talk about our new diet and we would tell them that we made the decision for health reasons.

And I came up with this menu… 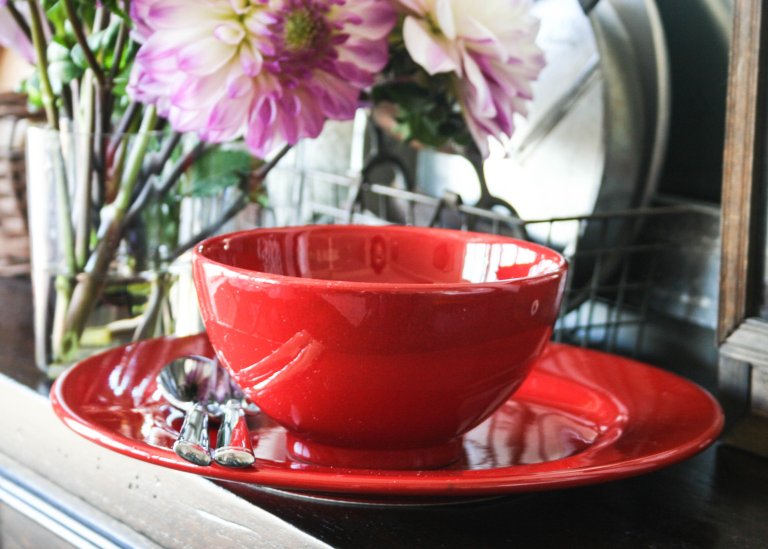 I got my red dishes out.

The real color is a bit darker than how it looks in the picture (at least on my computer screen).

I like to use this set of dishes when we have people over, not only because we have 8 of everything, but also the color red is supposed to help stimulate appetite, and more than anything any food seems to look better on this plate or in this bowl. 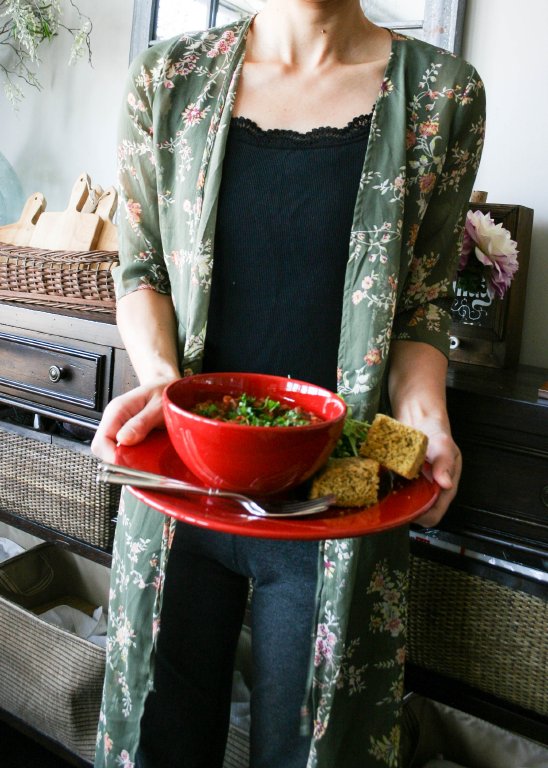 I didn’t have time to take pictures yesterday, so this is a plate I re-created this morning.

I thought I made too big of a batch of chili, but this was all left! 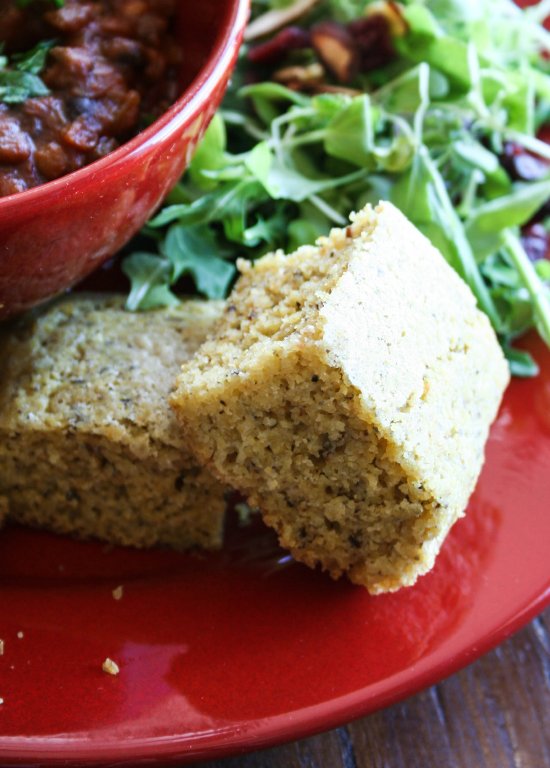 This corn bread is moist and flavorful, but not too sweet, and accompanies chili very well.

This was served with my my homemade vegan butter.

All the guests tried it, and they told us that they would have not known it was not the real butter if we had not told them. 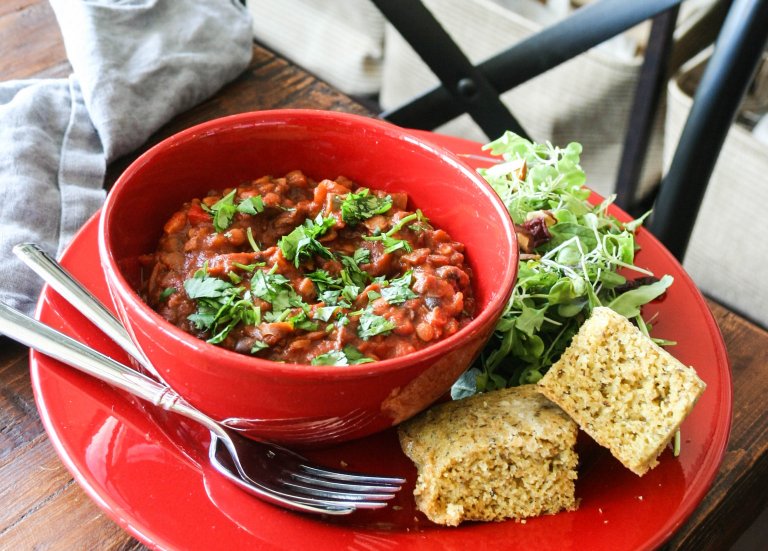 The guests told us that they liked the food.

Some of them went for the second helping, asked me for the recipe, and we had a fun conversation about food in general.

I was grateful for their open-mindedness and their willingness to try new things. 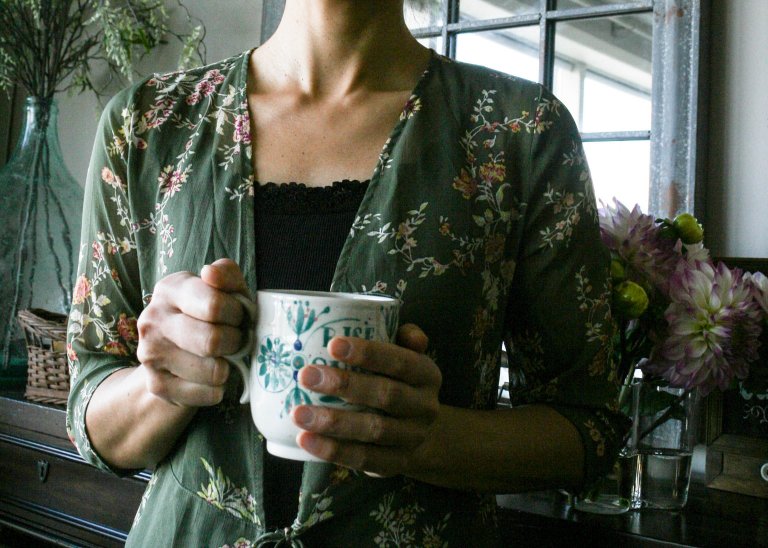 Now I relax and enjoy my morning green tea. 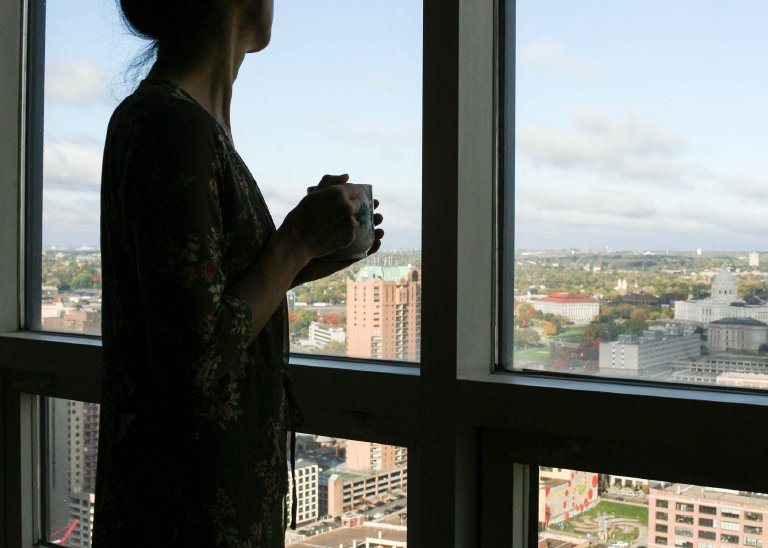