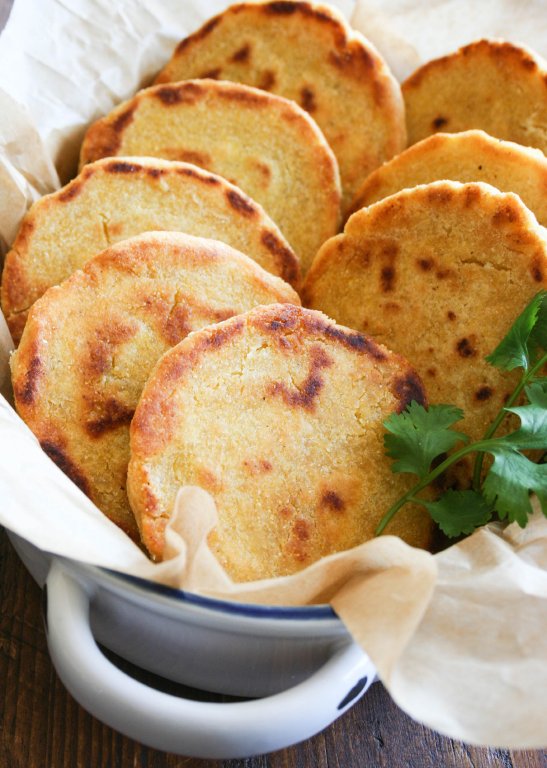 Since I liked these corn cakes so much that I decided to make more. 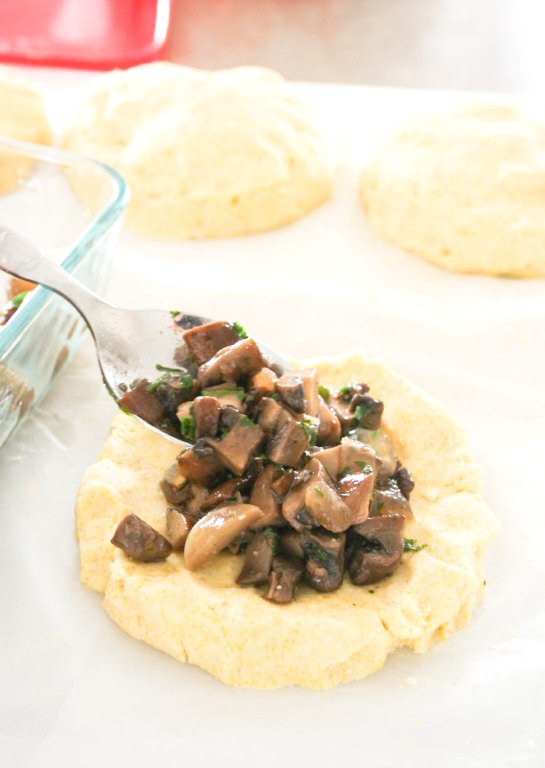 These corn cakes are so versatile, and you can’t go wrong with any filling, but this time I made two versions: mushroom and apple. 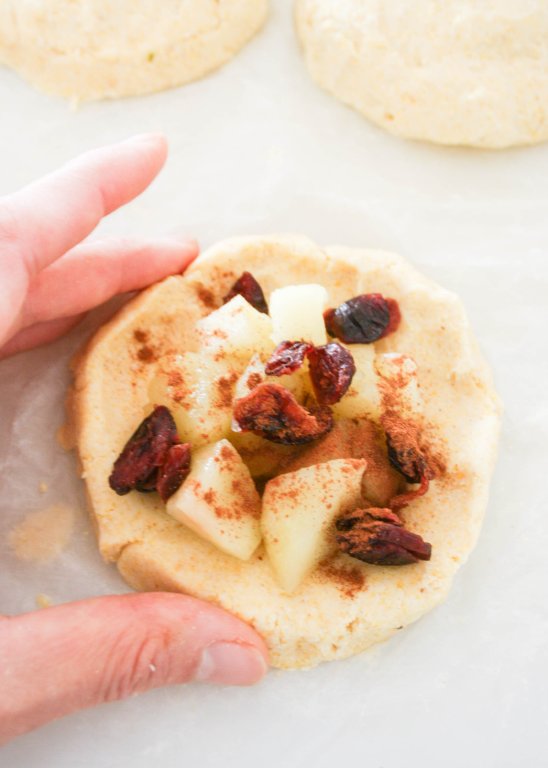 One was (↑）a combination of apples, dried cranberries, and cinnamon.

The other is a combination of apples, golden raisins, walnuts, and cinnamon. 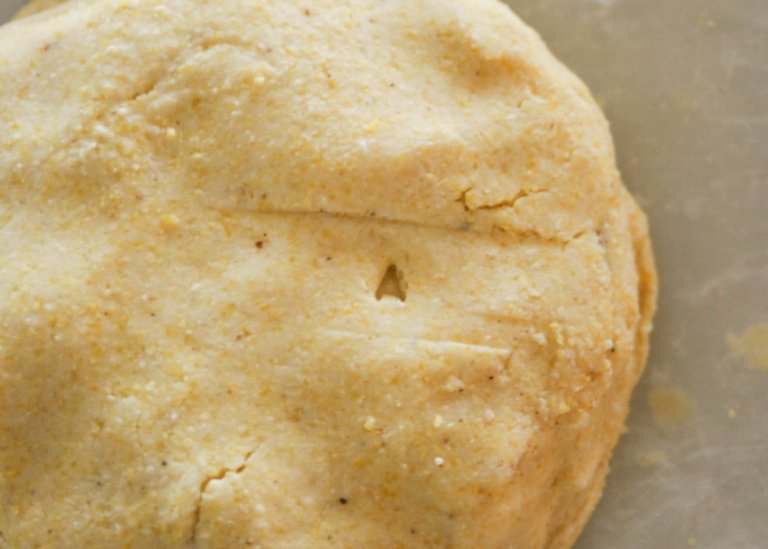 When you stuff them, you won’t be able to distinguish which was which, so I stamped with “A” for apple/cranberry, and “AW” for apple/raisin/walnuts. 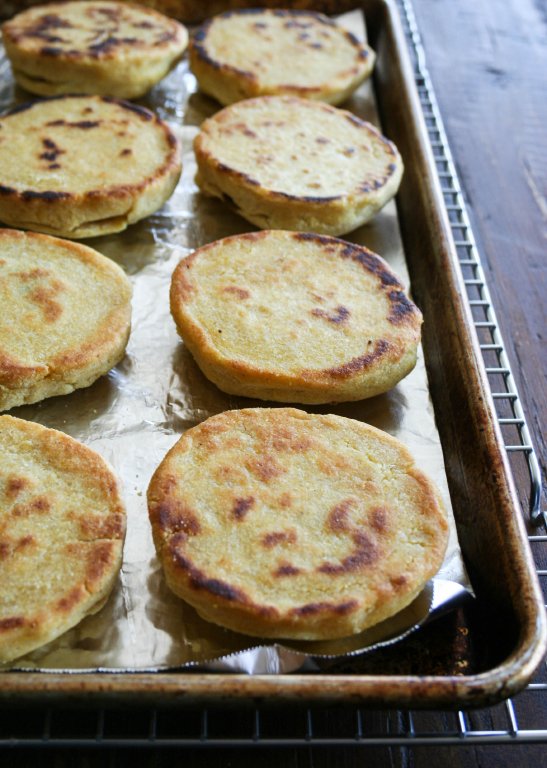 They turned out great!!

This time I used corn meal as well as corn flour, which created a little more interesting texture.

I like this one a bit better, but Terry said he liked the previous one (corn flour only) better because they were a bit more moist inside.

So I guess it’s a personal preference.

These are just wonderful for any time of the day.

They freeze well, and I make extra and keep them in the freezer; they are my perfect to-go breakfast. 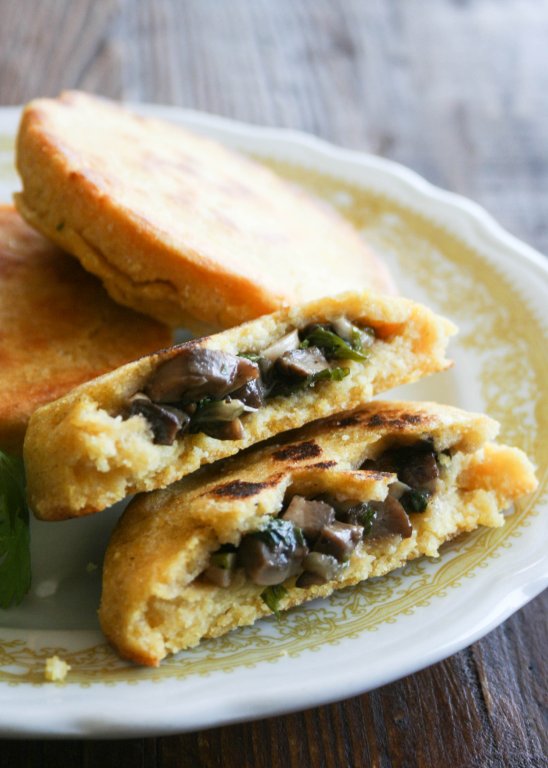 I bet you want to see what it looks like inside.

This is the mushroom version.

I try to stuff the filling as much as I can. 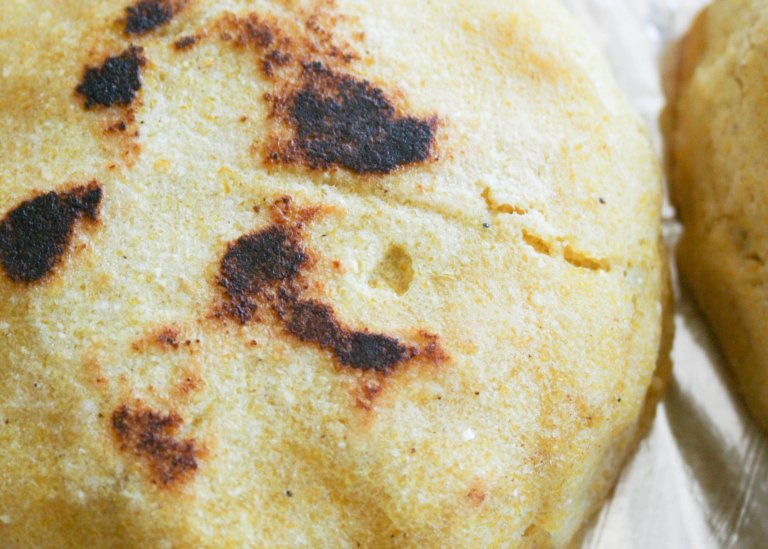 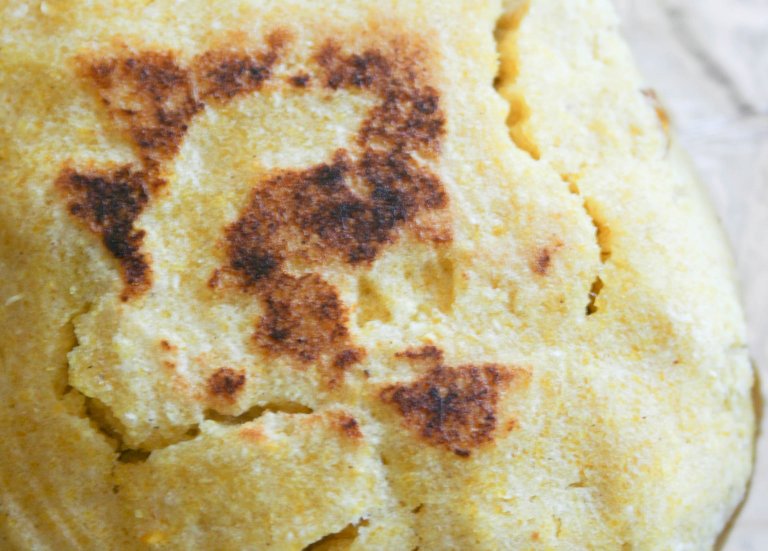 I’m so glad I stamped them because we found out that I preferred “AW” and Terry preferred “A”. 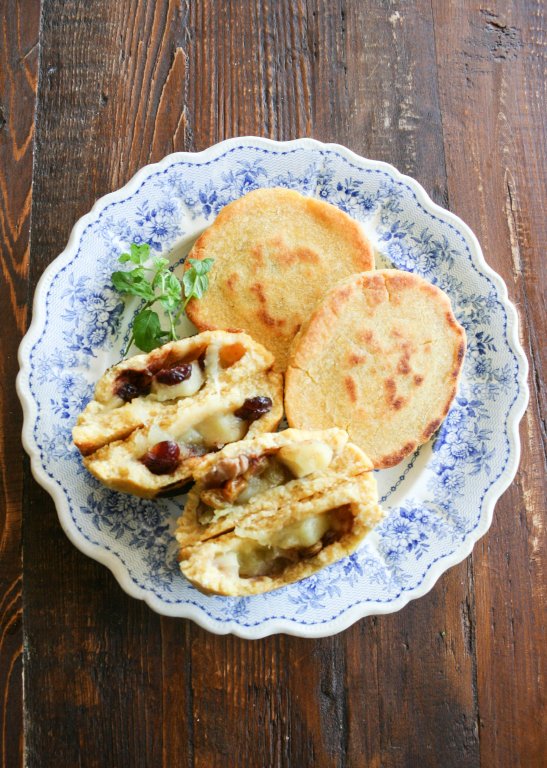 I eat one of these when I want something sweet, and it’s satisfying.

These are a healthier choice when compared to other “dessert” type food, like cakes, pies, and cookies. 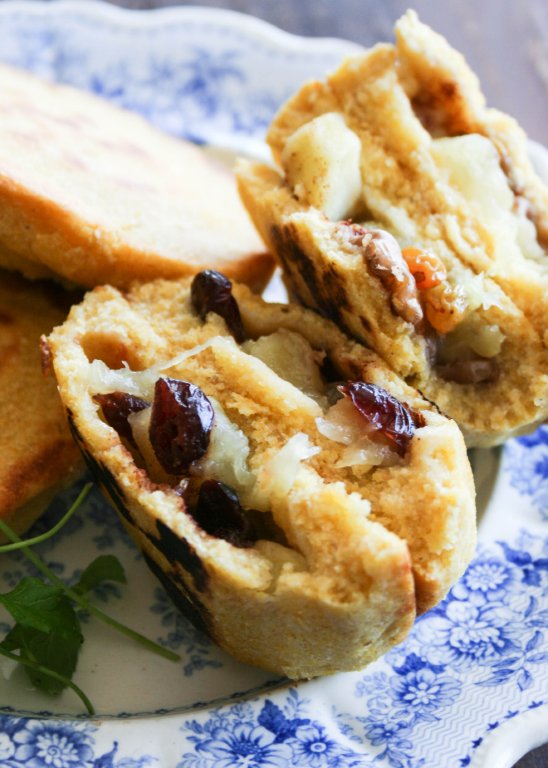 Stuffed Corn Cakes: Mushroom and Apple – makes about 5 each

1. Prepare filling.
2. Make corn cakes. Preheat oven to 400F. Combine corn flour, corn meal, and salt. Add water slowly while mixing well, until the dough achieves your preferred consistency.
4. Divide the dough into 200. Make balls and then flatten them to make a disk. On 10 disks place the filling, and then cover them with another disk.
5. Fry both sides in a pan until golden brown.
6. Finish cooking them in the oven for 15 minutes or so until cooked through. 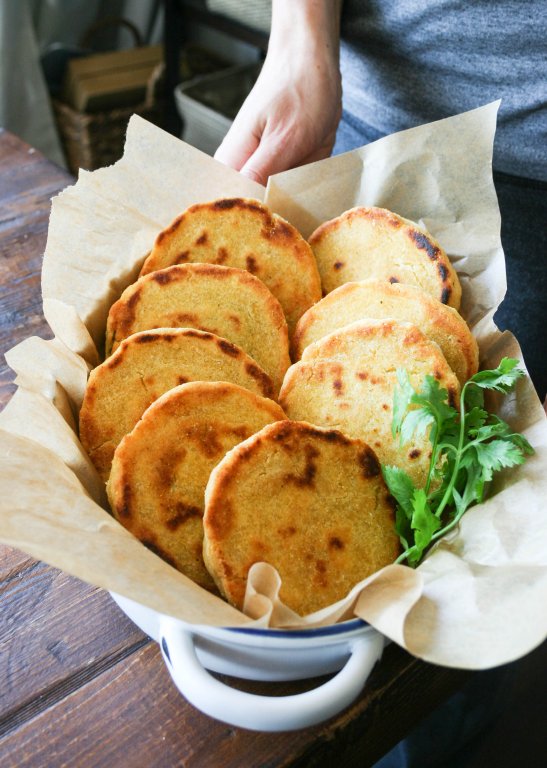