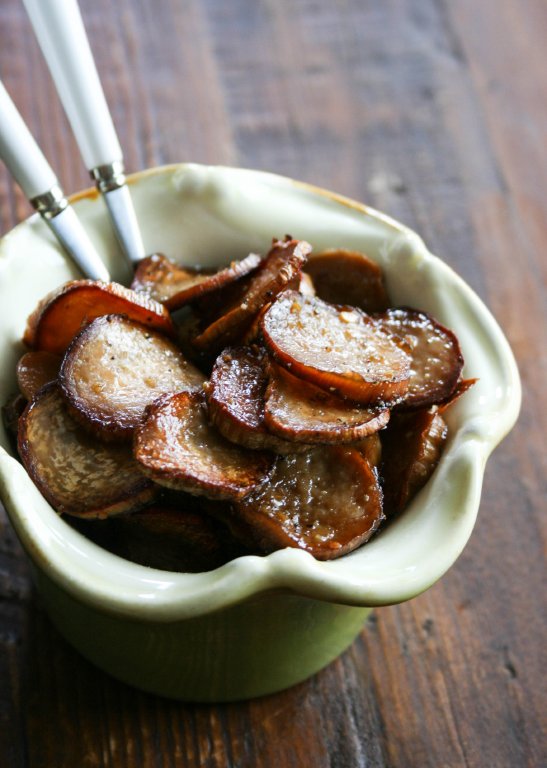 This is probably one of my best culinary creations. 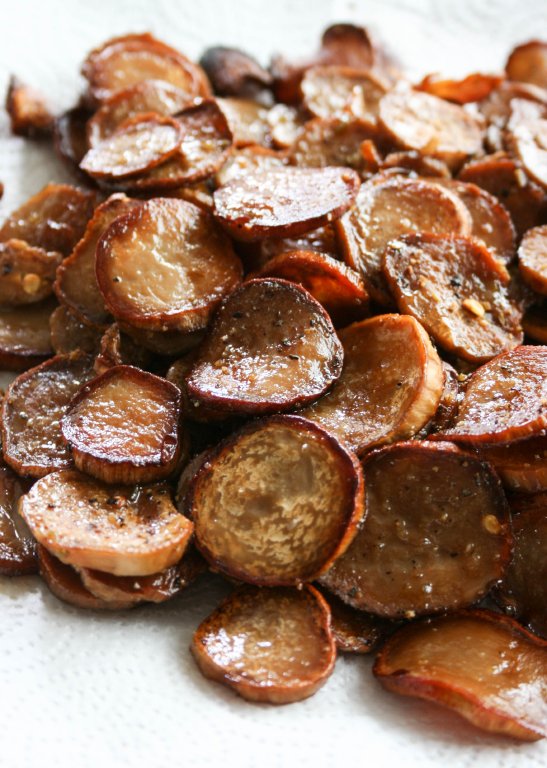 But there is absolutely no animal meat in this one. 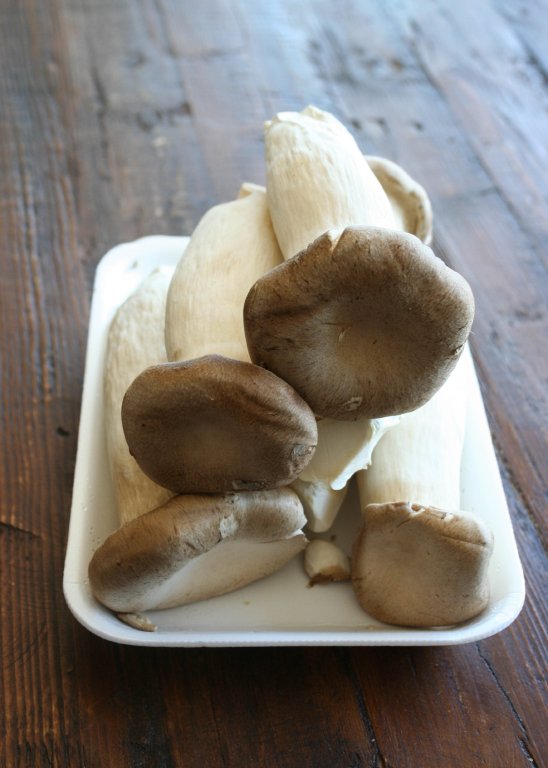 Well, it’s actually quite simple to make it.

What you need is king mushrooms. 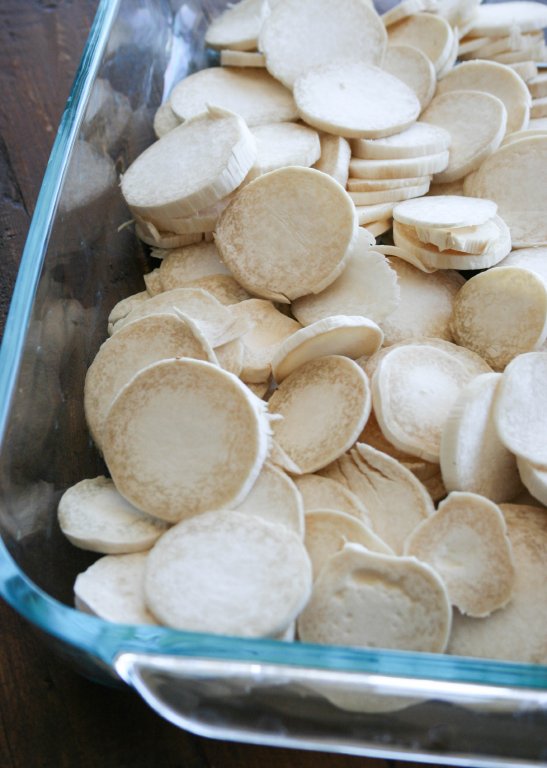 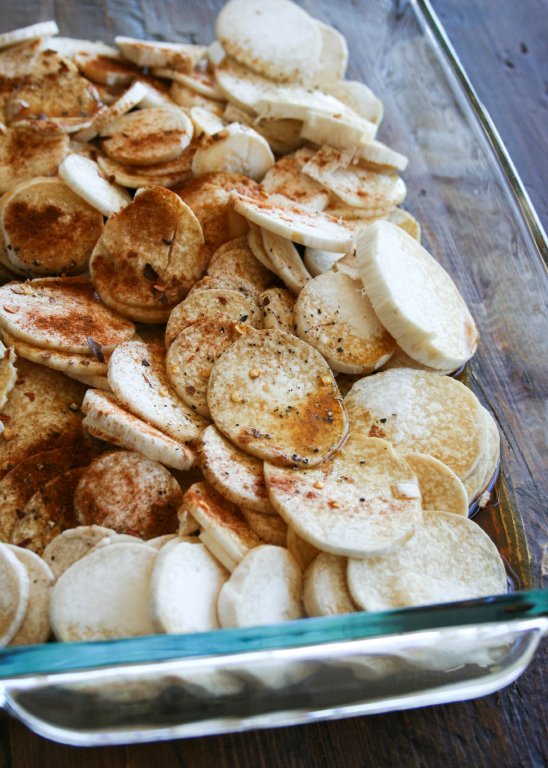 You marinate them overnight. 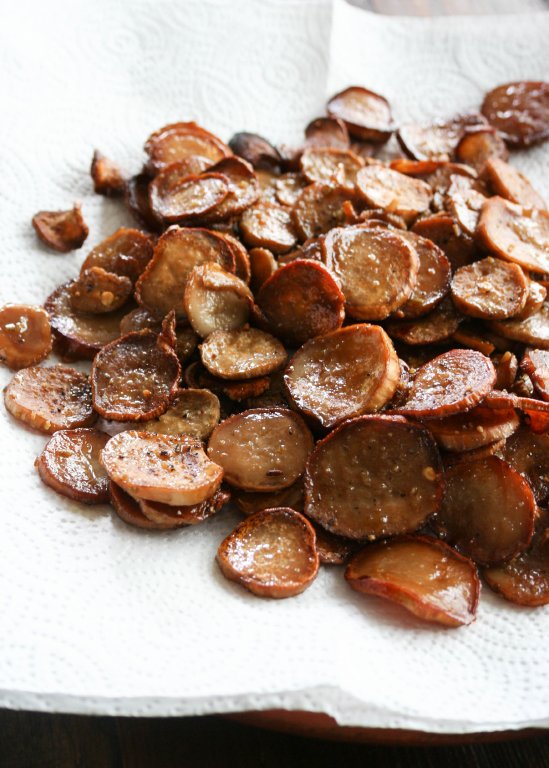 They turn into no-meat pepperoni, or PB (plant-based; which I probably prefer) pepperoni. 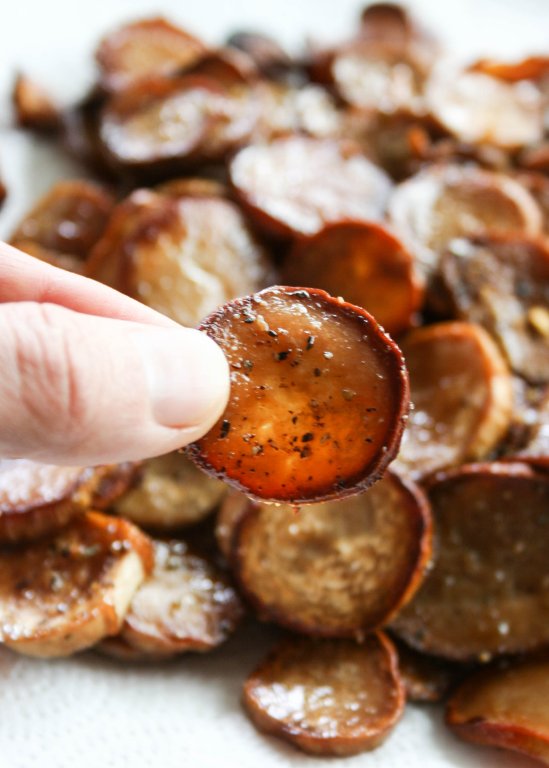 King mushrooms are one of my favorite ingredients, mainly because of its texture.

Because of the unusually strong “meaty” texture for a vegetable, it adds so much interest to any dish, whatever you are making.

It’s one of my go-to ingredients, especially now we don’t eat meat.

This king mushroom “pepperoni” not only has a great texture but also is absolutely delicious, too!

I honestly like this so much better than real pepperoni which I was never a big fan of even when I was still eating meat. 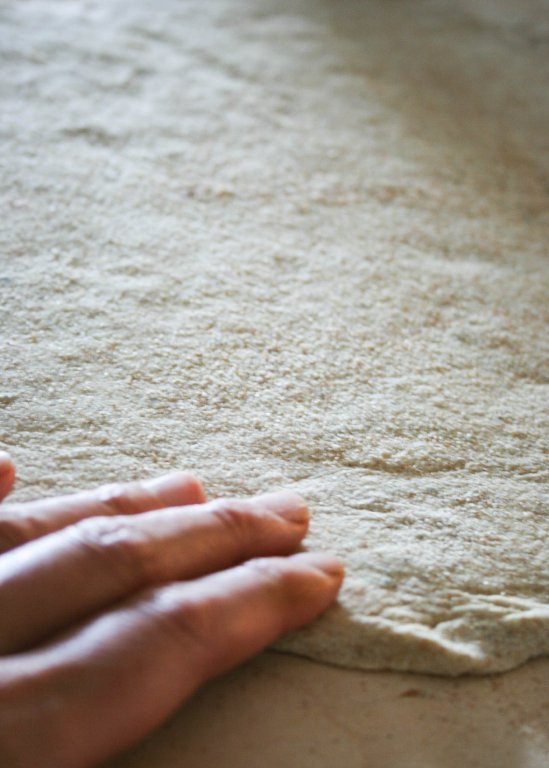 So it was almost necessary to make pizza when you have such awesome “pepperoni”. 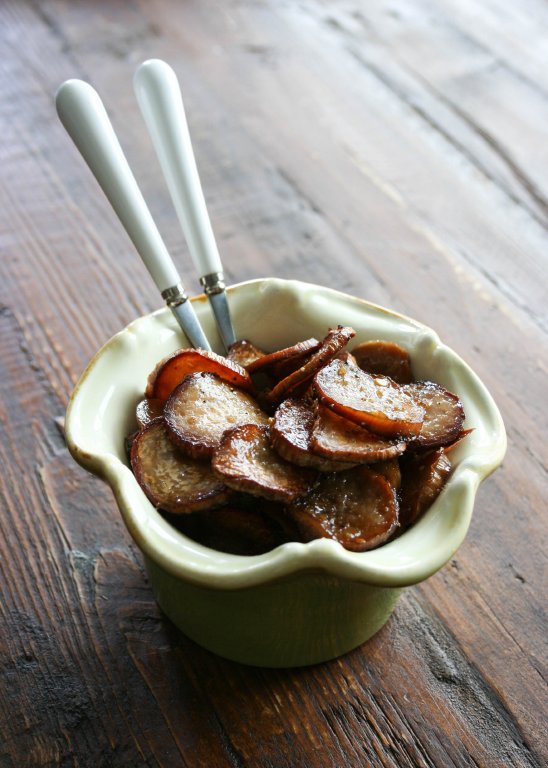 We just used the vegetables we had that day (onion, green onion, black olives) and the PB pepperoni.

We first spread red sauce, put the vegetables (and the “pepperoni”), baked the pizza, and then we drizzled my cashew “cheese” right before serving. 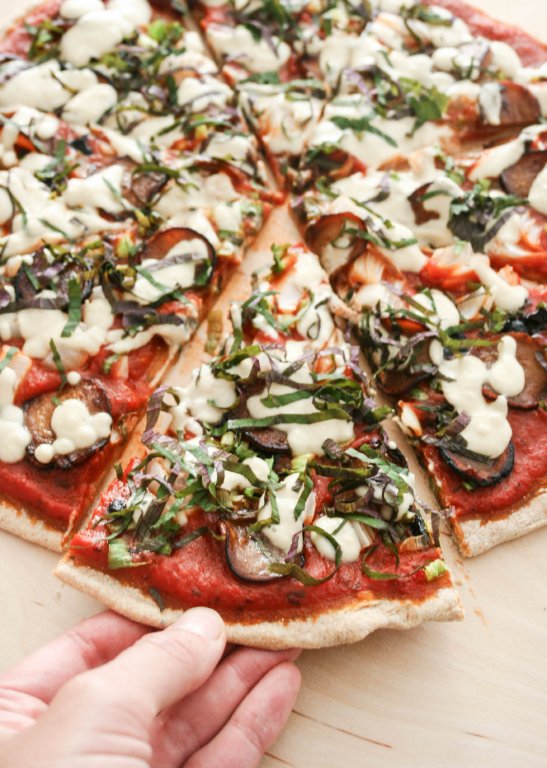 It was so delicious!!

I would order pepperoni pizza if they had my pepperoni on it (lol).

I just made a second batch of PB pepperoni.

This time I decided to put them in the freezer because I want to see how they will turn out when I use the frozen version for pizza.

I’ll let you know how it goes.

1. Slice king mushrooms. Put them in a large glass container. Add the marinade ingredients to the container. Mix well using a spoon until all the mushroom slices are coated with the marinade. Let them marinate in the refrigerator overnight.
2. Preheat oven to 400F.
3. Remove the slices from the marinade. Pat them dry with paper towel to remove the excess liquid.
4. Line two sheet pans with aluminum foil. Thinly coat the foil with oil; use a brush. Place the mushroom slices on the foil in a single layer. Lightly brush the top of the slices with oil. Salt and pepper.
5. Bake for about 10~15 minutes. Check frequently. Depending on the thickness of the mushroom slice and the location inside the oven, some of them cook faster than others. 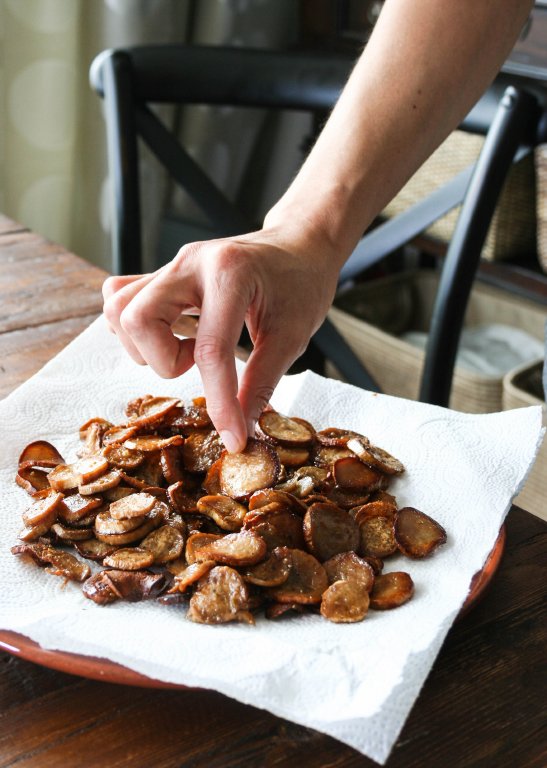 These are kind of addictive, and I have a hard time stopping eating!