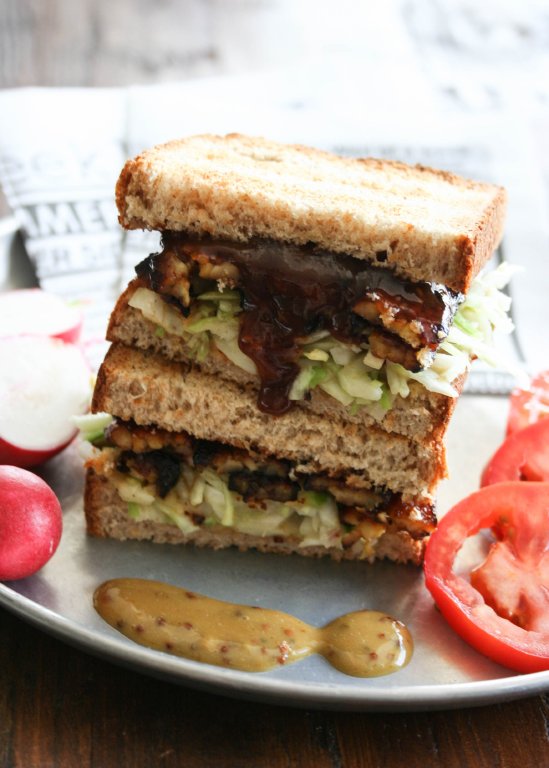 The first time I tried tempeh I didn’t like it.

The second and the third time I didn’t like it either.

So I stopped trying.

I didn’t think I would ever try tempeh again, and I didn’t eat it for several years.

Then a few months ago Terry had BBQ Tempeh Picnic Sandwich at Mendocino Farms in California, and with his strong encouragement I took a bite.

I didn’t know why first, but then I realized that this was the first time I ate tempeh when it was called “tempeh”, and not as fake meat.

In the past every time I tried tempeh it was presented to me as “fake meat”, and it has never tasted like meat, which I now think was the big reason why I felt disappointment. 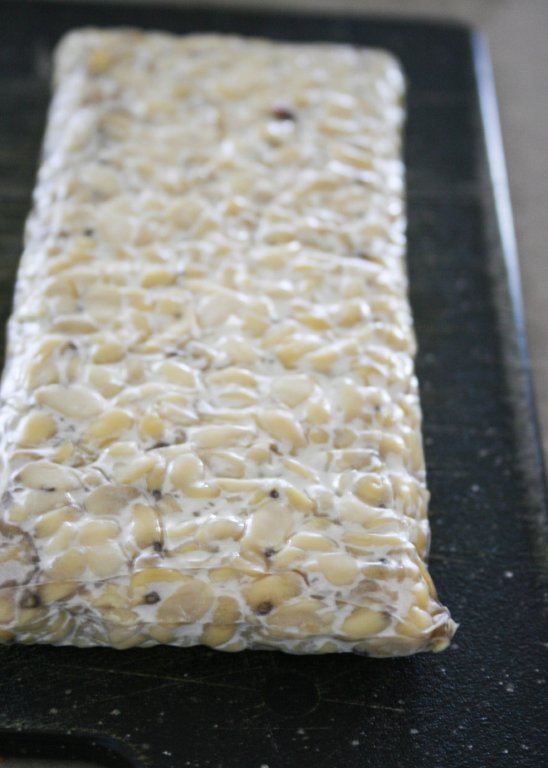 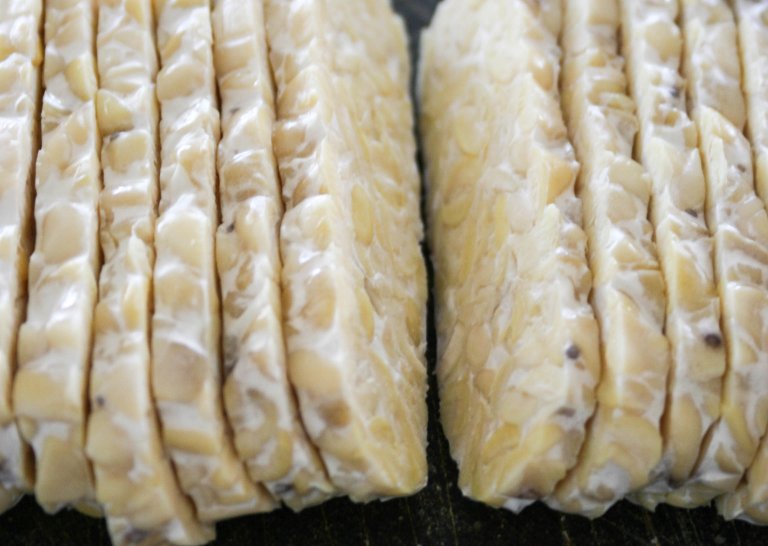 So I bought tempeh for the first time.

I love its very short list of ingredients which always makes me happy. 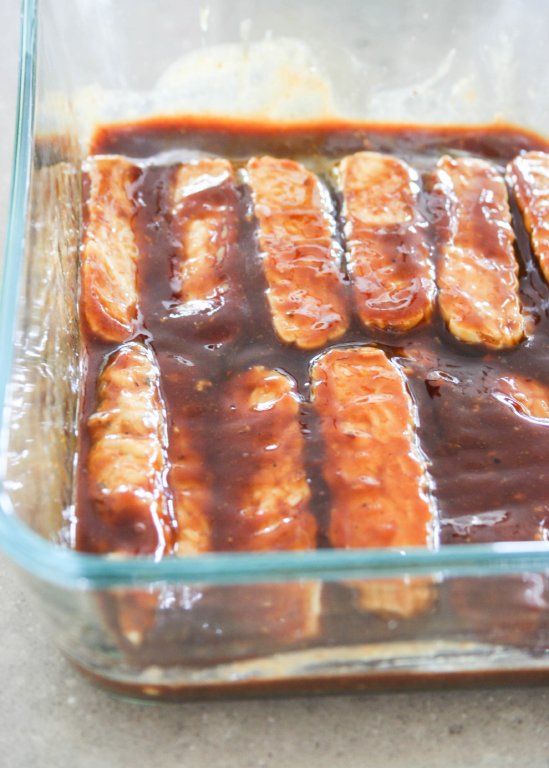 I marinated tempeh in my homemade BBQ sauce before baking them in the oven. 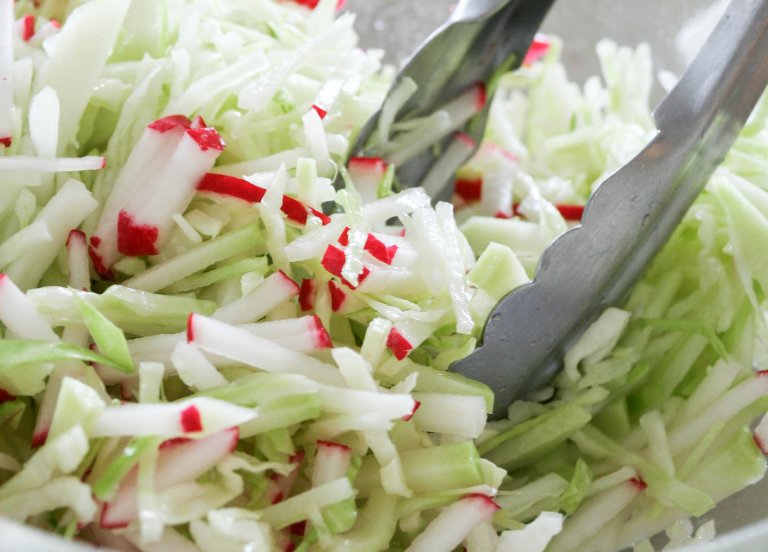 This is my simple coleslaw made with cabbage, radish, and kohlrabi. 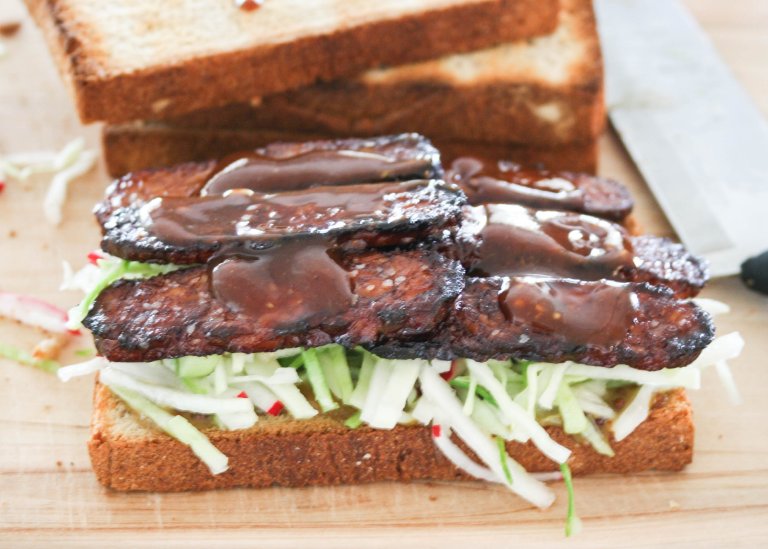 Put everything on my homemade bread as well as sweet mustard sauce. 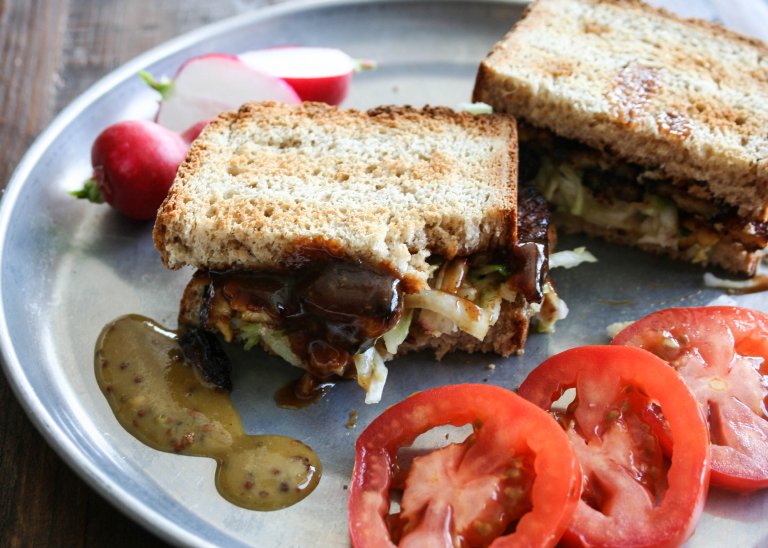 This was super tasty!

I’m so glad that I got reunited with tempeh.

I have a feeling that our relationship is going to last for a long time this time. 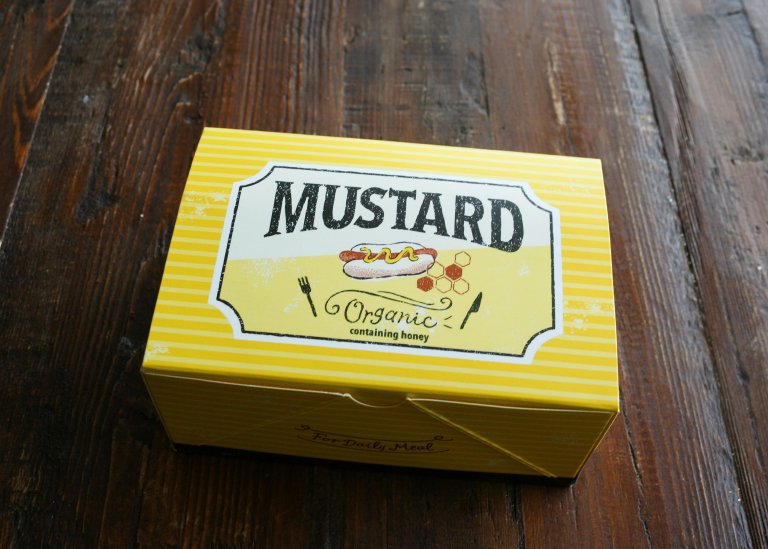