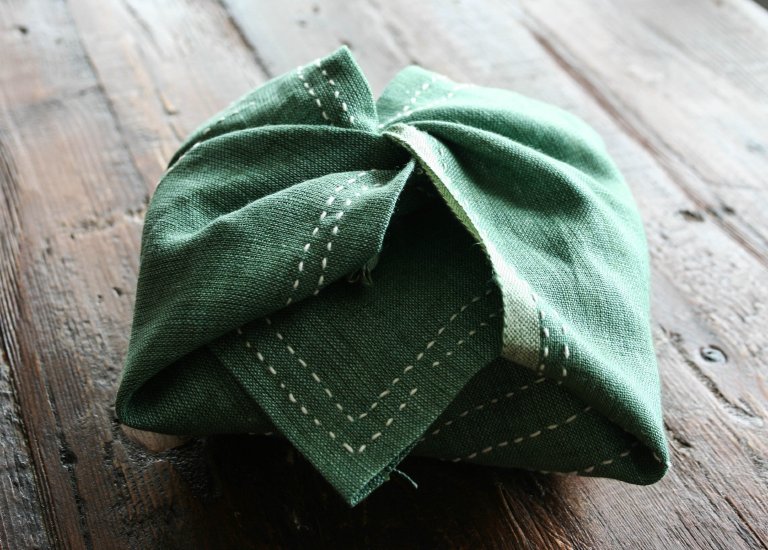 I didn’t tell you yesterday, but I made a BENTO for lunch using those rolls. 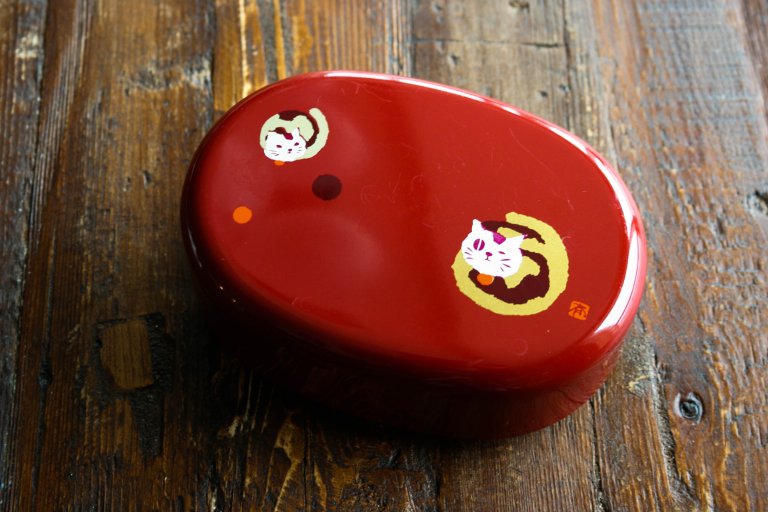 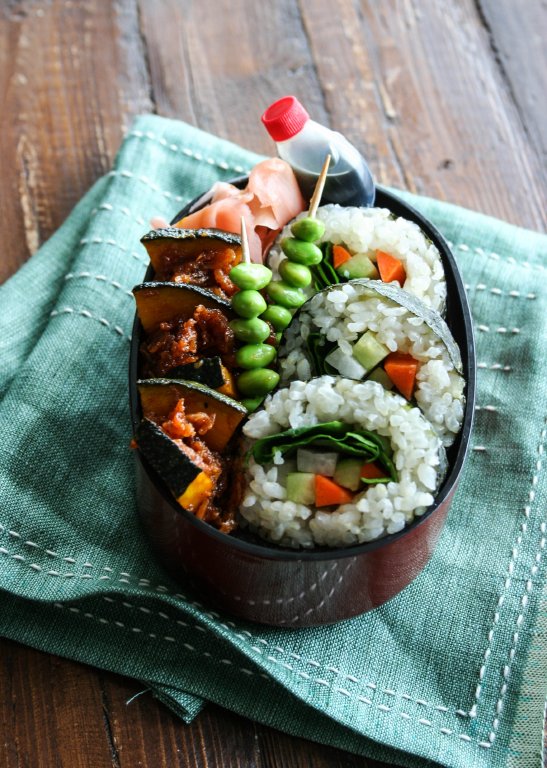 The veggie sushi rolls were placed along with BBQ onion Kabocha, pickled ginger slices, and edamame.

The biggest hit was the BBQ onion pumpkin.

The BBQ onion made with store-bought fried onion was delicious, and Terry and I both agreed that we could use it for other dishes, such as Sloppy Joe’s! 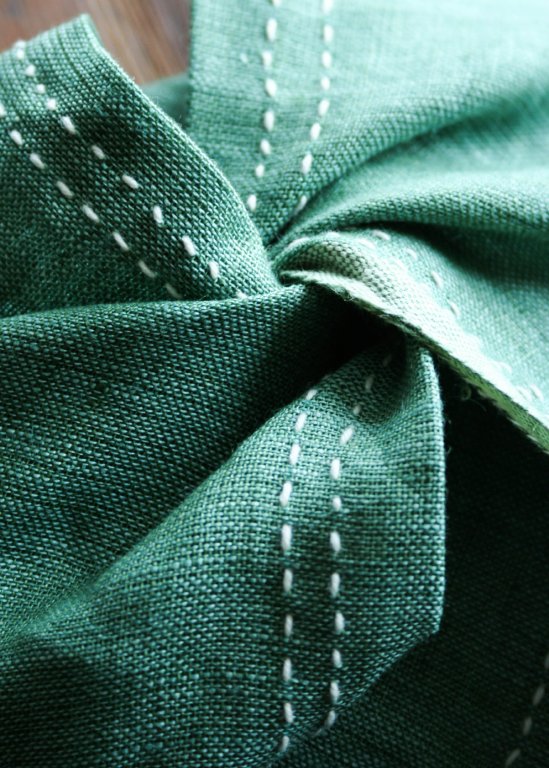 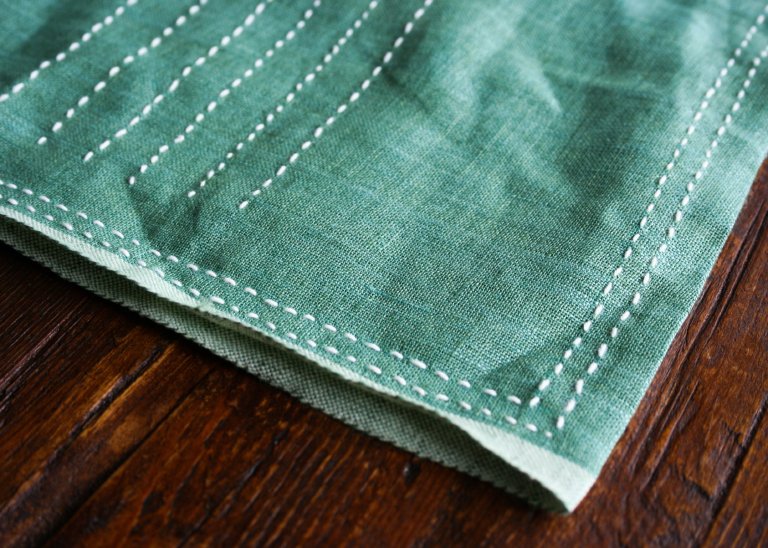 This is my Sashiko (Japanese embroidery) project #4.

I was originally planning to make a very traditional design, but when I was stitching the frame, I realized I got the measurements wrong!

So I decided to do “free-style”, and this is where I’m at right now,

I actually like this simple asymmetrical design, and I may just stop here and leave it as a final product.

Love the nuanced green color and the texture of this linen.