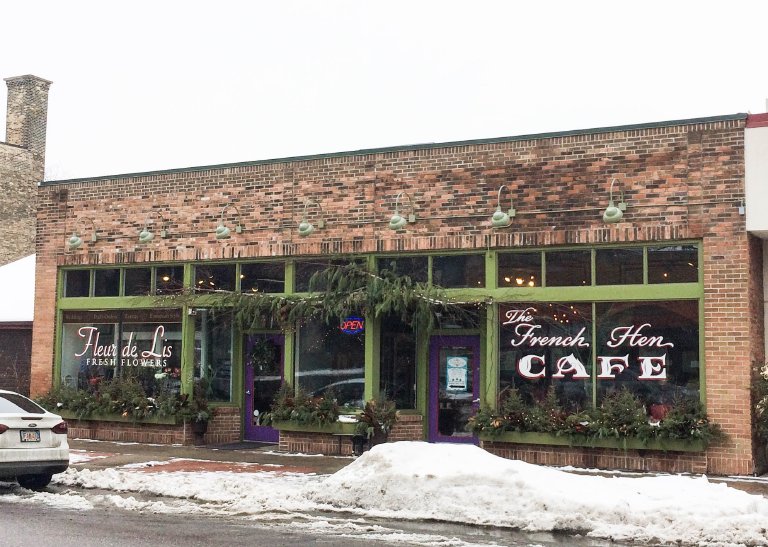 We were initially planning to try a restaurant called (The Neighborhood Cafe) for our Christmas Eve brunch.

But the place was closed for the pre-holiday.

So this, The French Hen Cafe, was our third choice, and I almost glad that the first two did not work out (well, I’ve never been to the other two places, so I’m sure we will check them out some other time). 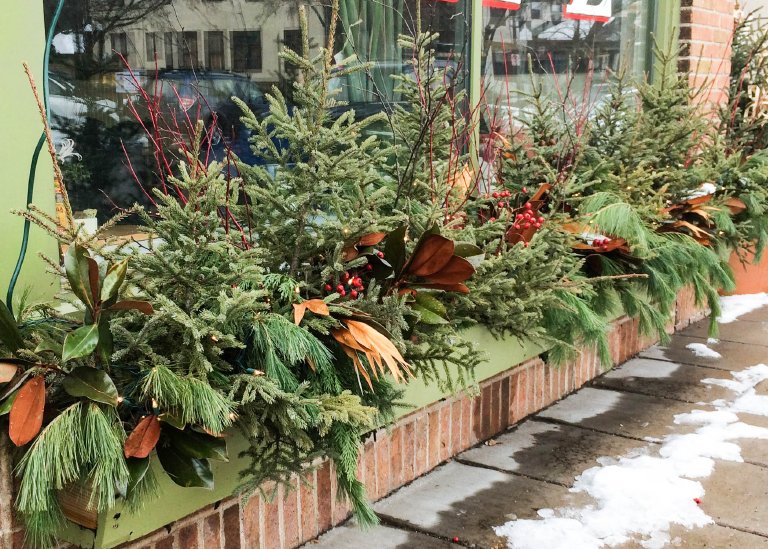 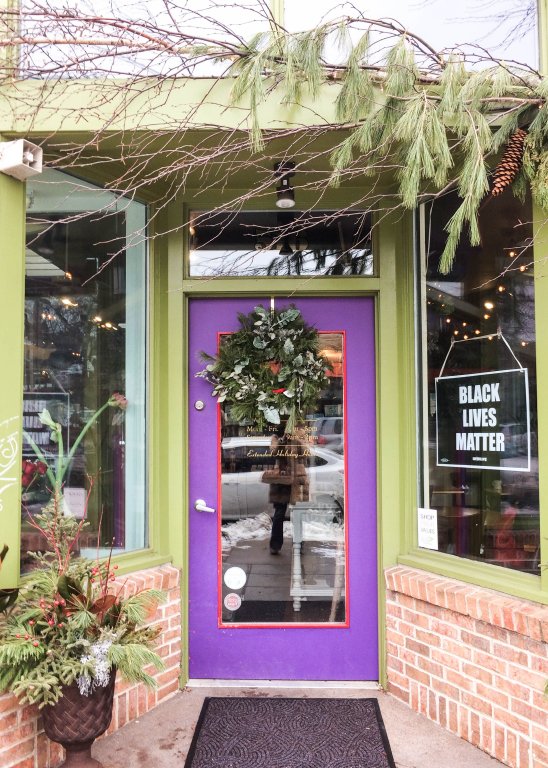 It looks so cute from the outside.

They do a great job with the flower boxes. 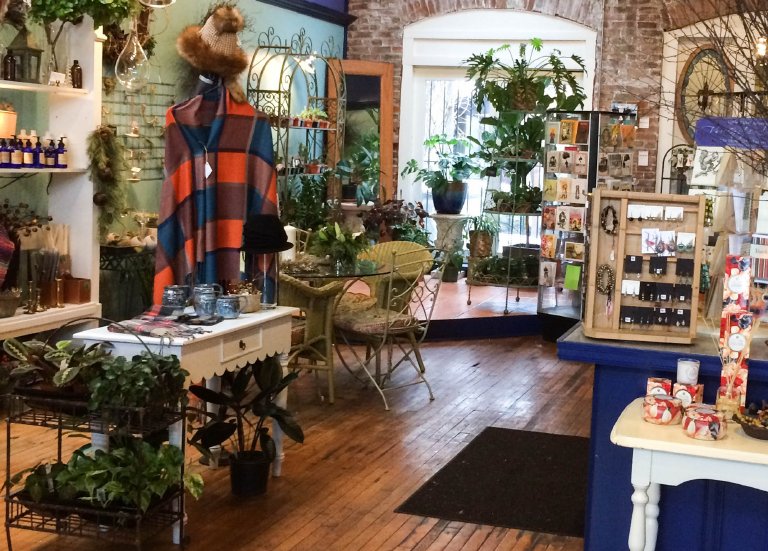 Well, here is probably why. 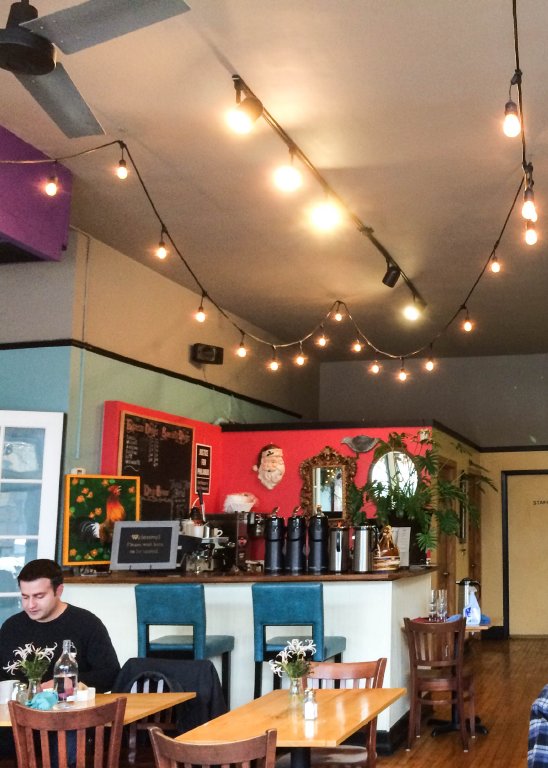 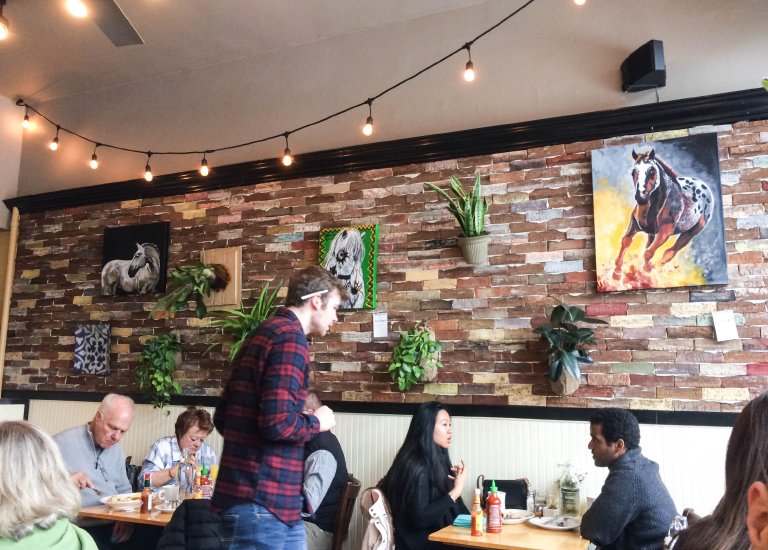 The inside of the cafe is cozy and comfortable. 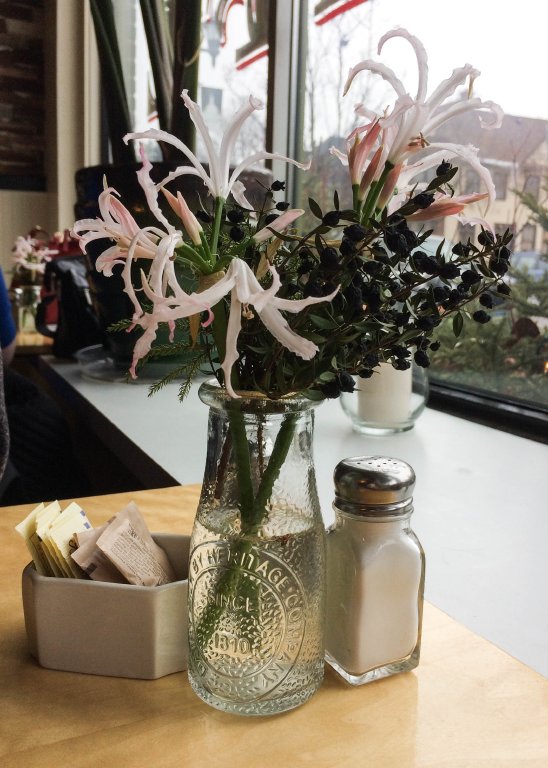 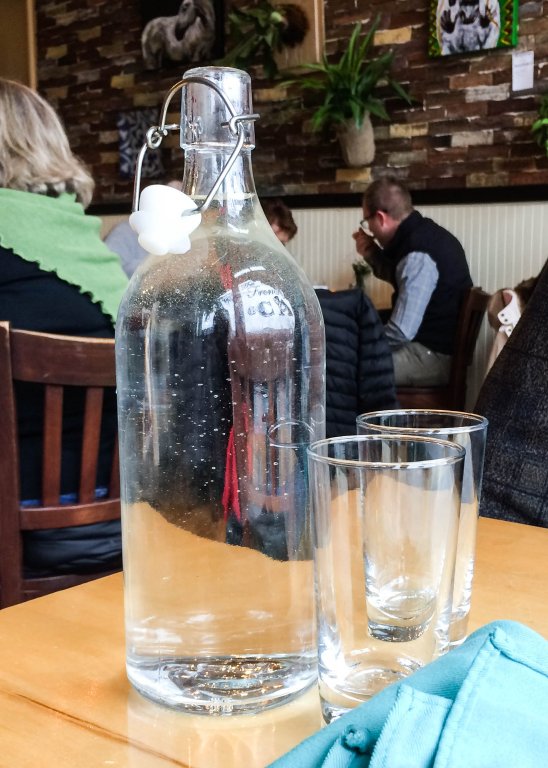 And they have the three things I would make sure to have if I ever had my own restaurant: fresh flowers on tables, linen napkins, and a jag of water for each table. 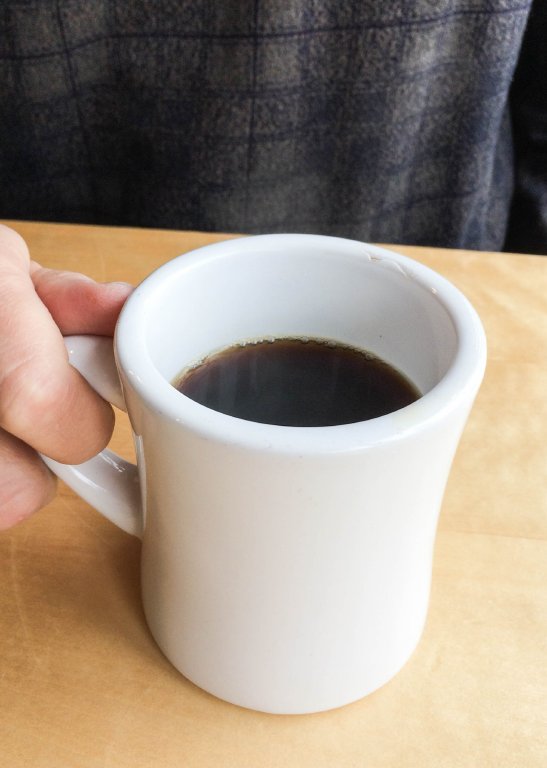 My coffee, with Terry as a hand model. 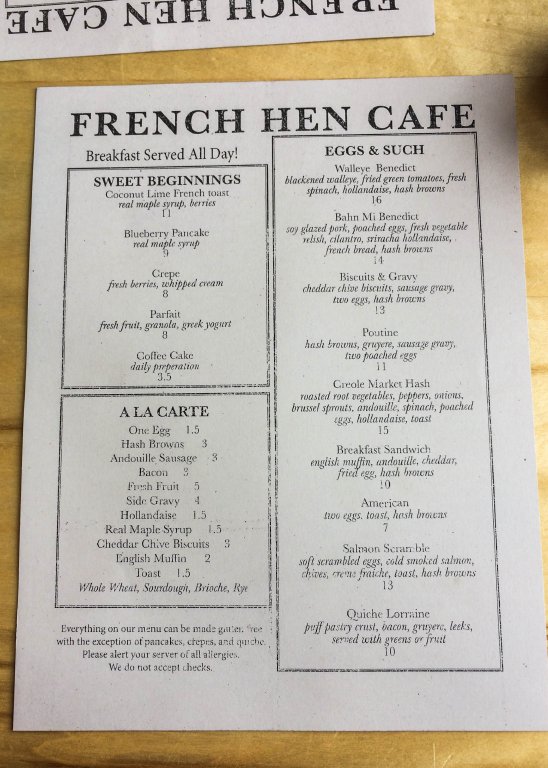 The breakfast menu is not huge but interesting. 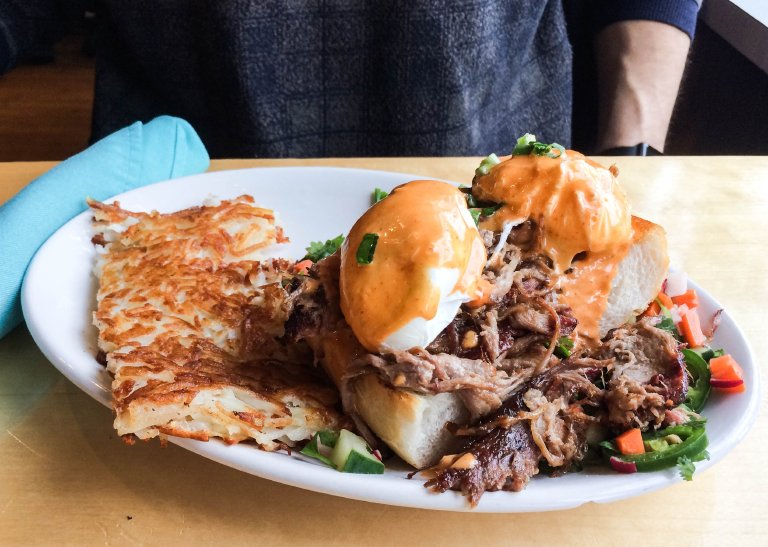 This was Terry’s Bahn Mi Benedict. 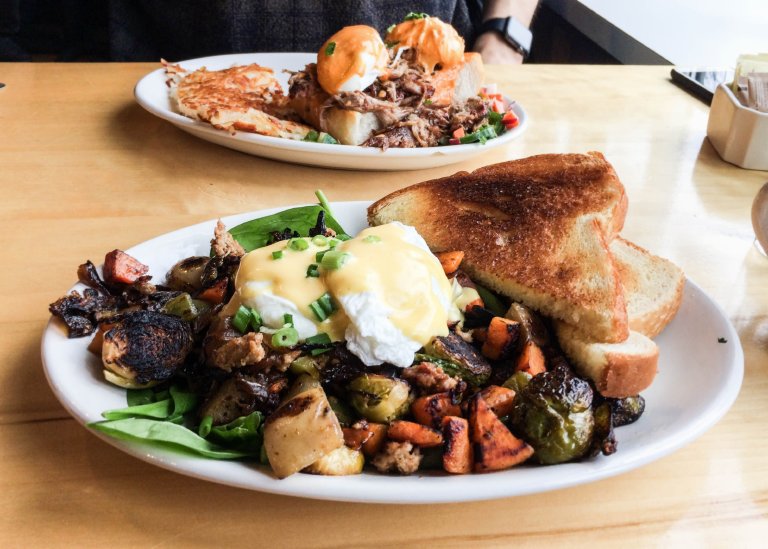 Everything was perfectly cooked, and the plate was full of vegetables.

I liked that they have Brioche as a choice of toast, too.

Later our server brought their homemade raspberry jam, which was very good, too. 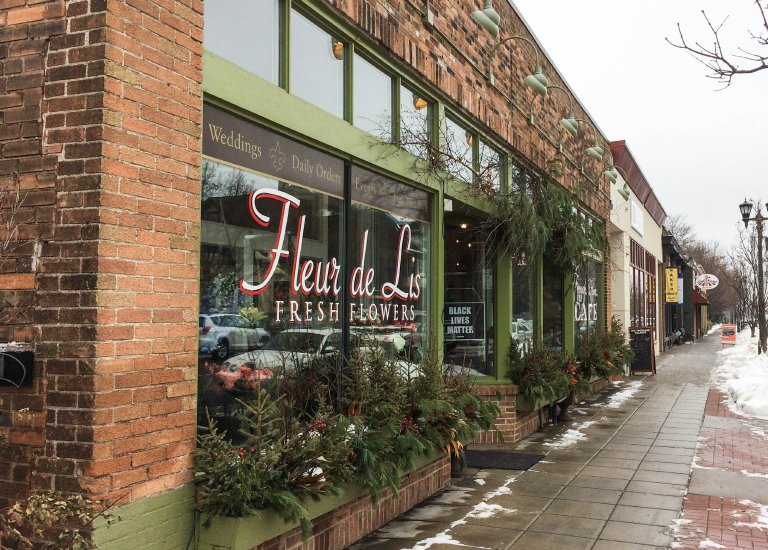 I’m typically reluctant to go to a restaurant for breakfast, because I often feel like I could make the same thing at home (and maybe better).

So the brunch at this cafe was such a nice treat, because the menu was a bit unique and everything was just perfect, flavors, execution, atmosphere, and service.

I will definitely go back, hopefully soon!