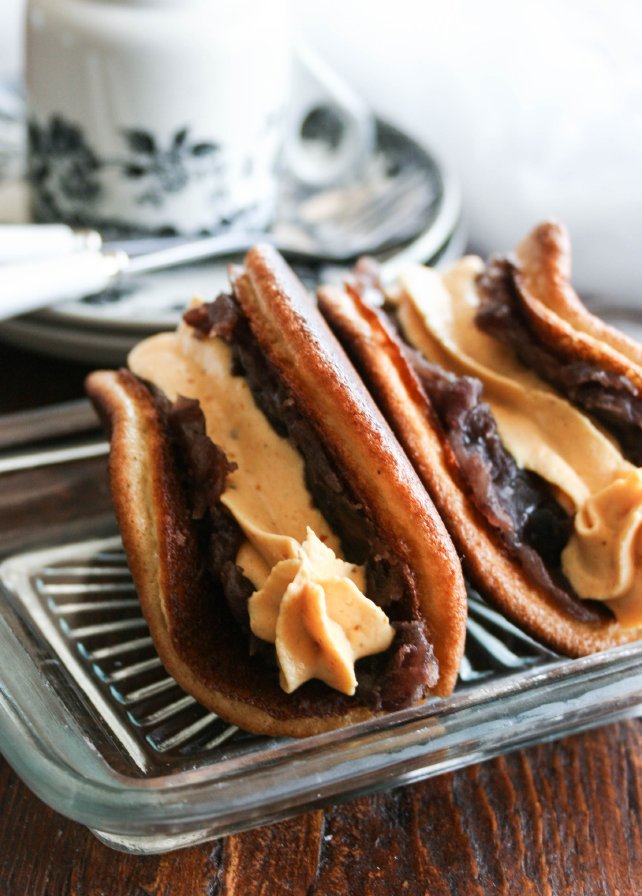 This was made from the leftover ingredients from the previous post, Pumpkin Dorayaki.

Well, what do you do when you have a lot of filling and a few pancakes left?

Omelette is typically known as an egg dish here, but in Japan this type of sweet omelette is quite popular. 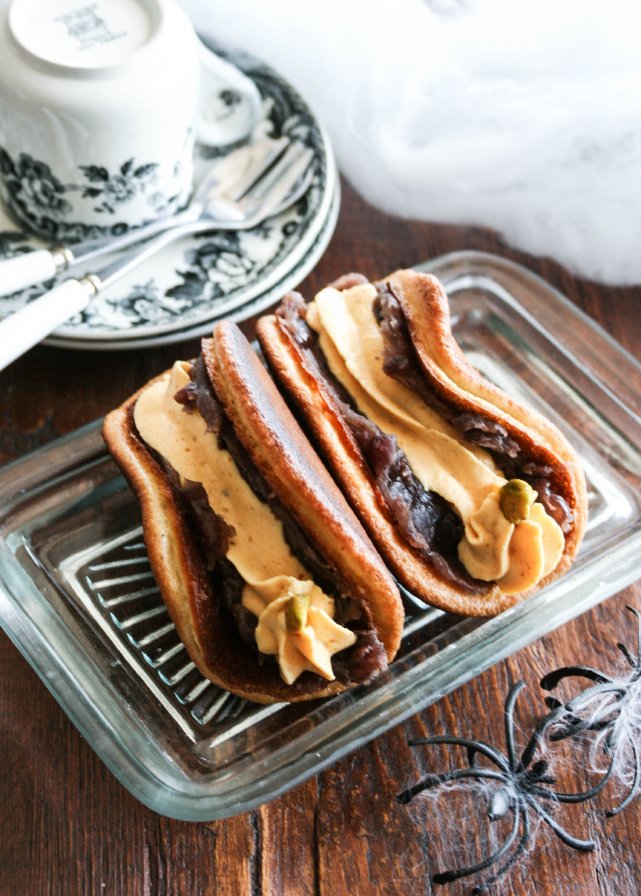 As the previous post of Dorayaki, this one has Japanese sweet red bean paste and spiced pumpkin cream cheese as a filling. 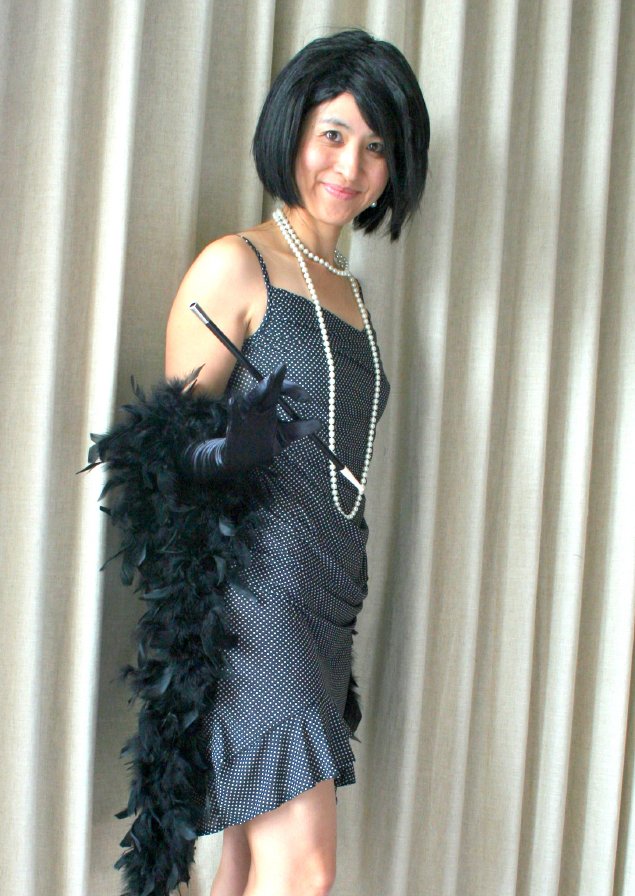 Well, last weekend we were invited to a birthday/Halloween party.

We were planning to go to the party but we did not see the invitation say “please wear a costume” until a few days before the party!

So I decided to wear my old dress and go as a flapper!

This was a tryout the day before the party.

I bought a few accessories, like gloves, a boa, tights, headband, and a wig. 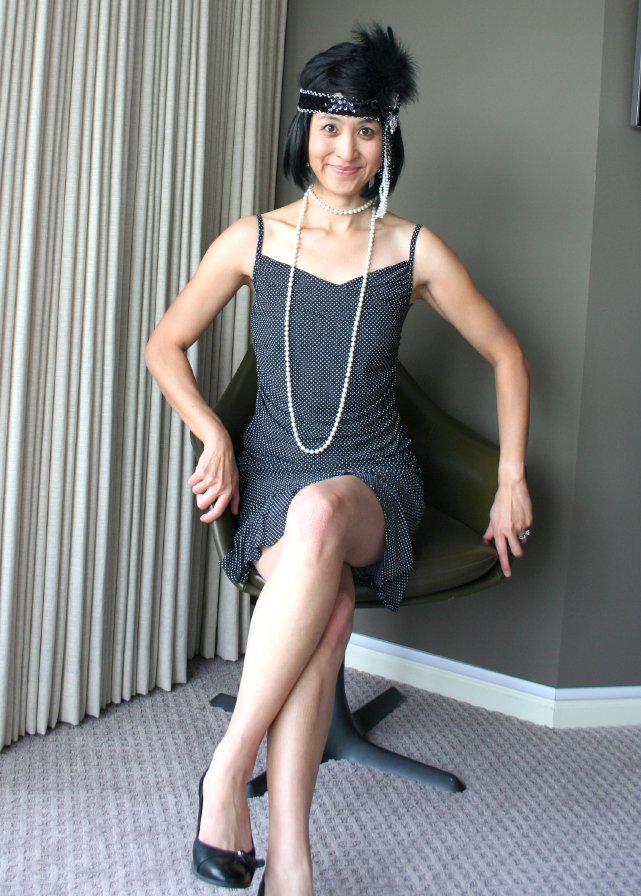 This was me with a headband.

I wasn’t sure about the headband, and I went back and forth about this.

With my facial features, I was afraid that I would rather look like Pocahontas! 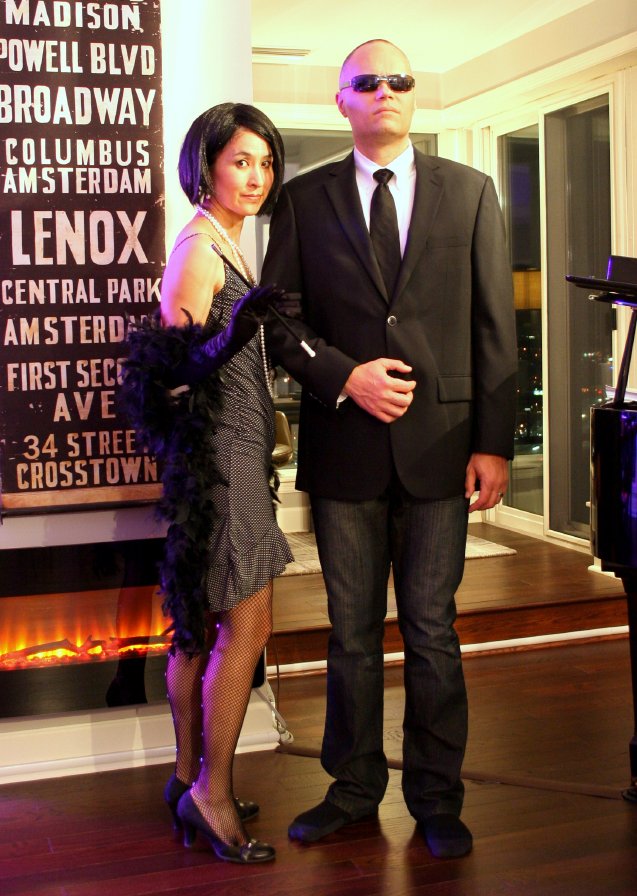 I did go to the party with the headband.

It kind made me look ridiculous (lol), but that’s the fun part of going to a costume party, right?

This photo was taken after the party.

So here we are.

A (Japanese) flapper and D.B. Cooper.