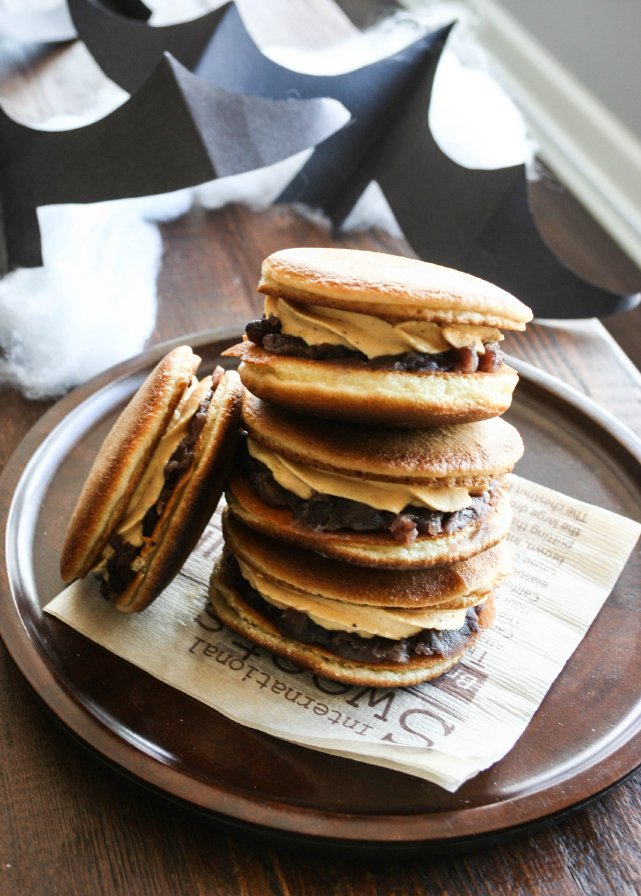 You may want to call these pancake sandwiches, because they look like ones.

They look like pancakes, but these are called “dorayaki” in Japan and the cake is sweeter, softer, and it has a unique caramelized top.

I grew up eating dorayaki all the time, but this was my first time to make one.

When I was researching its recipes, I discovered that there are often unusual ingredients used, things not typically seen in the Western pancakes recipes.

Some of those examples are honey and mirin.

These sweetening agents are used in addition to sugar, and I believe they, particularly mirin, create the beautiful caramelization when cooked.

I even found a recipe that called for soy sauce! 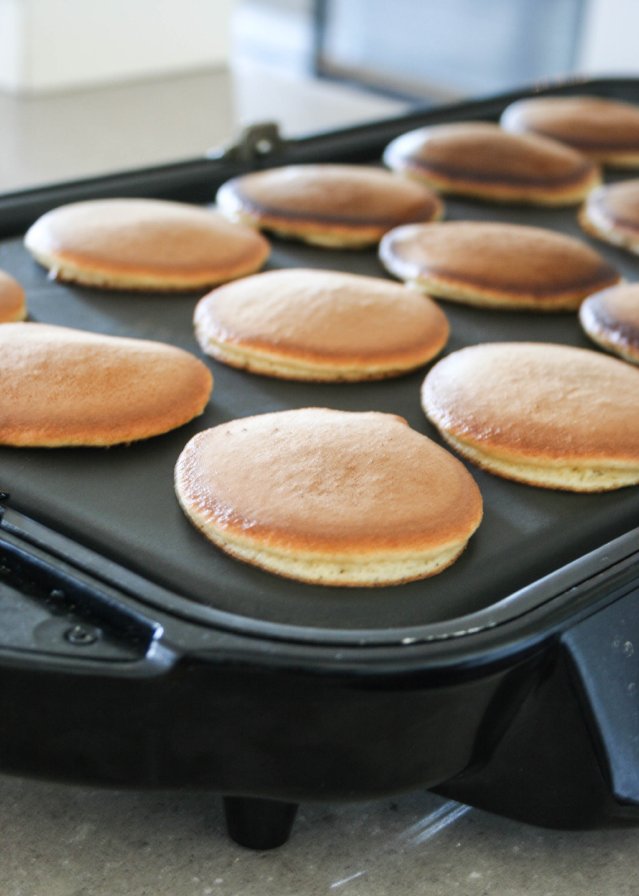 You can see that the ones in the back are darker.

They are not burned but showing the caramelization. ‘ 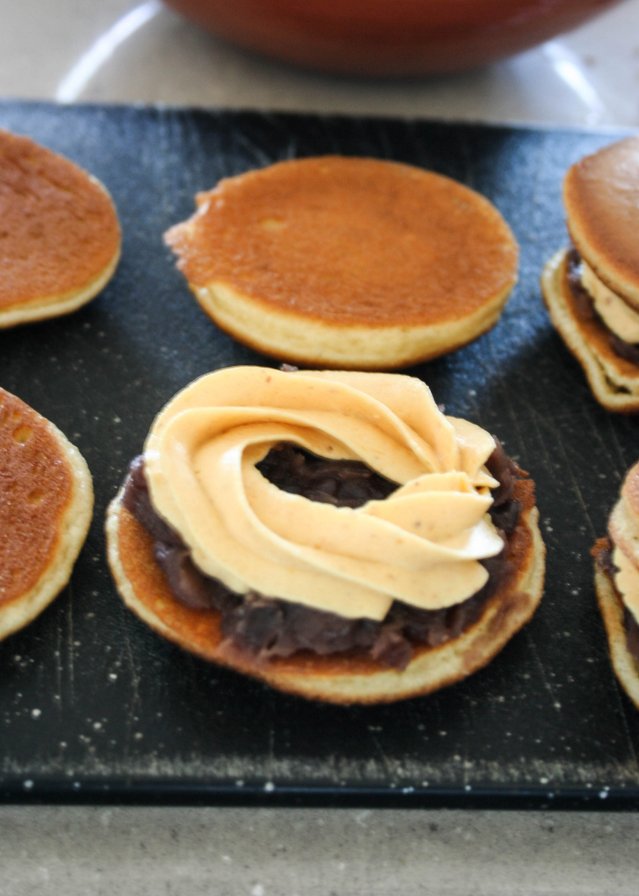 But I decided to add some seasonal touch, and spiced pumpkin cream cheese was added. 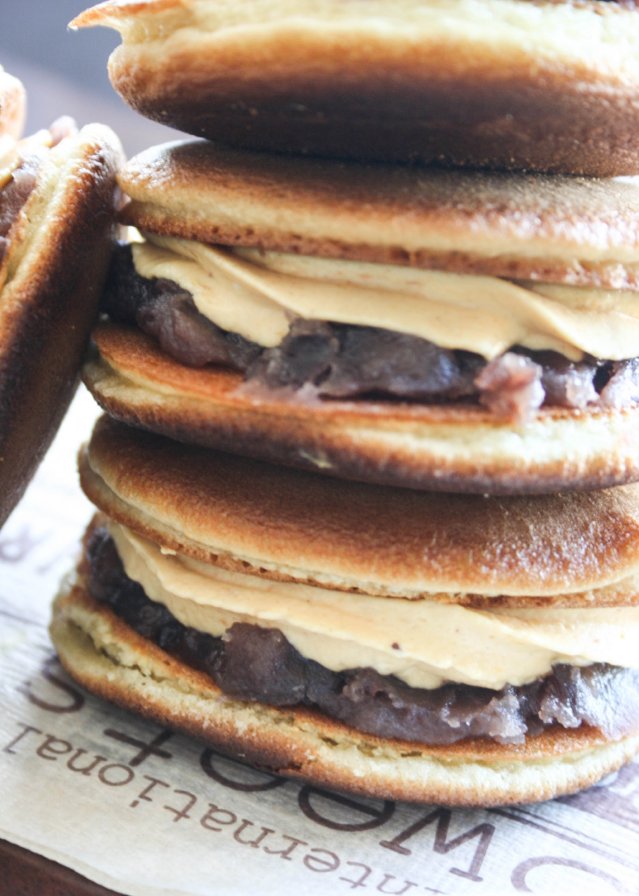 These were so delicious!

The combination of the chunky sweet red beans and creamy cream cheese was just perfect.

The color balance was pretty nice, too. 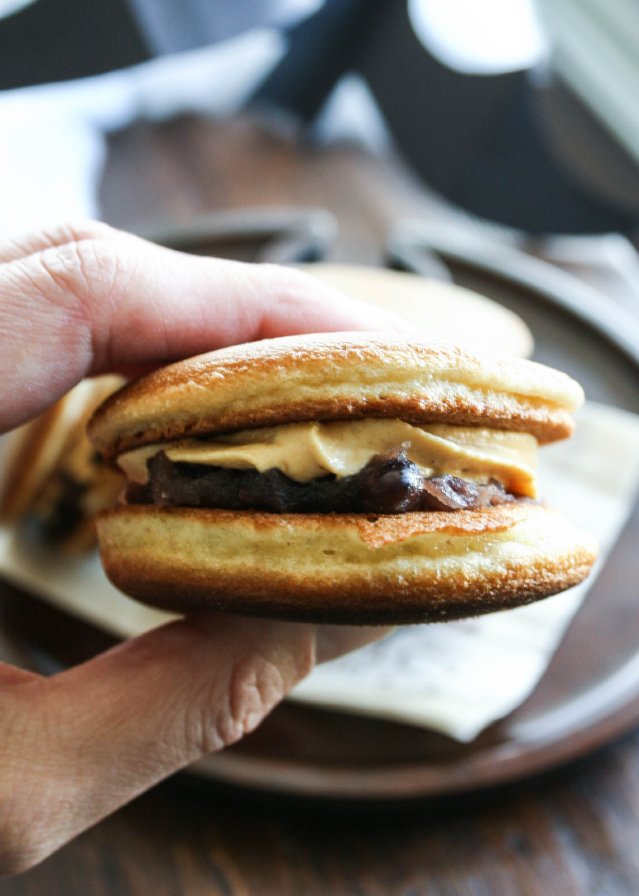 1. Mix eggs, sugar, honey, and mirin well.
2. Dissolve baking soda and powder in 50cc water. Add the mixture to 1.
3. Add flour. Mix. Let it rest in the fridge for a half hour.
4. Add 50cc water. Mix well.
5. Cook on a preheated (350F) griddle and make 4-inch diameter pancakes. When they start bubbling, flip them over. Cook for a few more minutes.
6. Make pumpkin cream. Mix all the ingredients well until smooth.
7. Sandwich the pumpkin cream and sweet red bean paste with two pancakes. 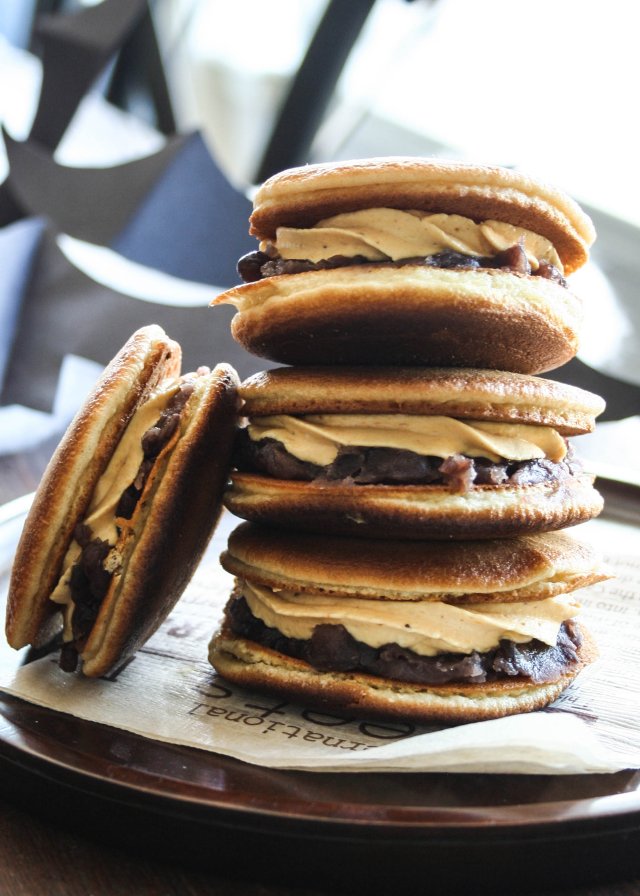