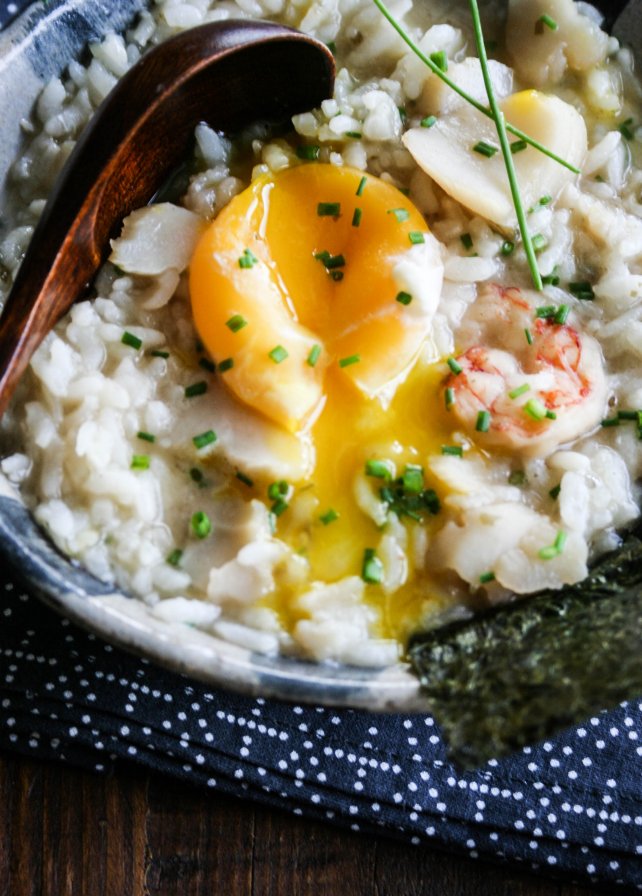 A famous Japanese cookbook author has once said home cooking is like a soap opera.

A story has to flow from one day to the next.

What she wanted to say is that some part of tonight’s meal can be (and often needs to be) used as a base and made into another dish for the next day’s dinner.

You don’t start over everyday.

Home cooks need to be creative and efficient and we do not want to waste our food or time. 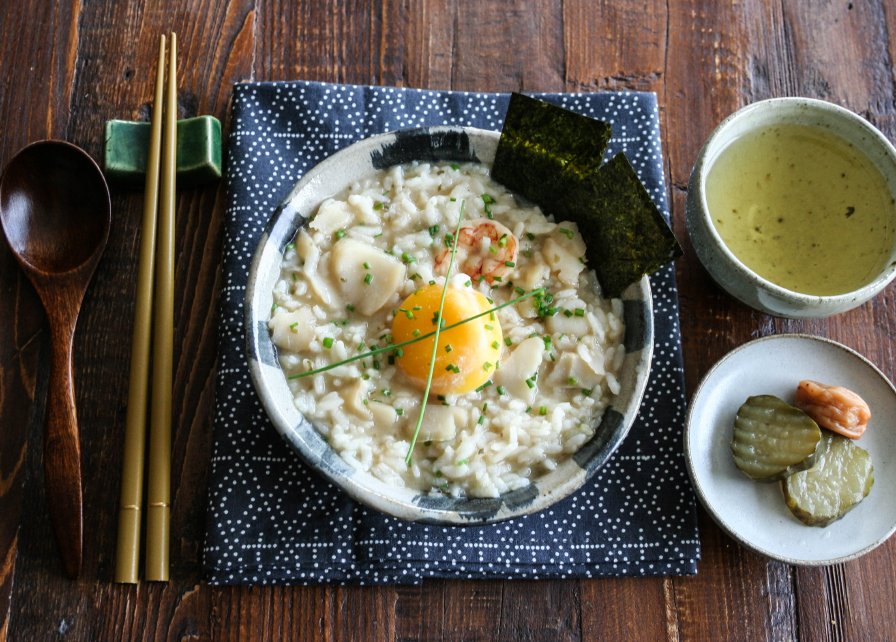 So this risotto was created as a part 2 dish from this stew.

White rice was added and cooked in the stew and then served with an egg yolk.

Since you add already cooked rice to the soup, it takes only a few minutes to prepare this Japanese style risotto.

You don’t see it on the menu at any Japanese restaurants in the U.S. or even in Japan.

Because OJIYA is always served as the number two dish.

But it doesn’t mean the taste is second quality.

When the soup is rested overnight, it enhances the flavors.

The rice soaks up all the flavors, which makes OJIYA a great comfort food. 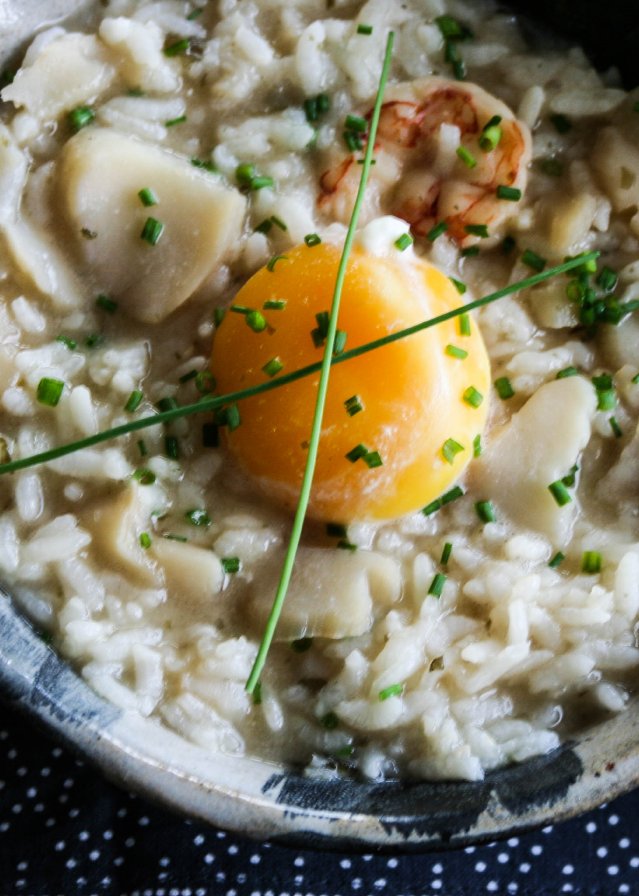 You can fully cook eggs in the soup, but I wanted to keep the yolk intact so that I could let the creamy yolk coat each bite of my risotto 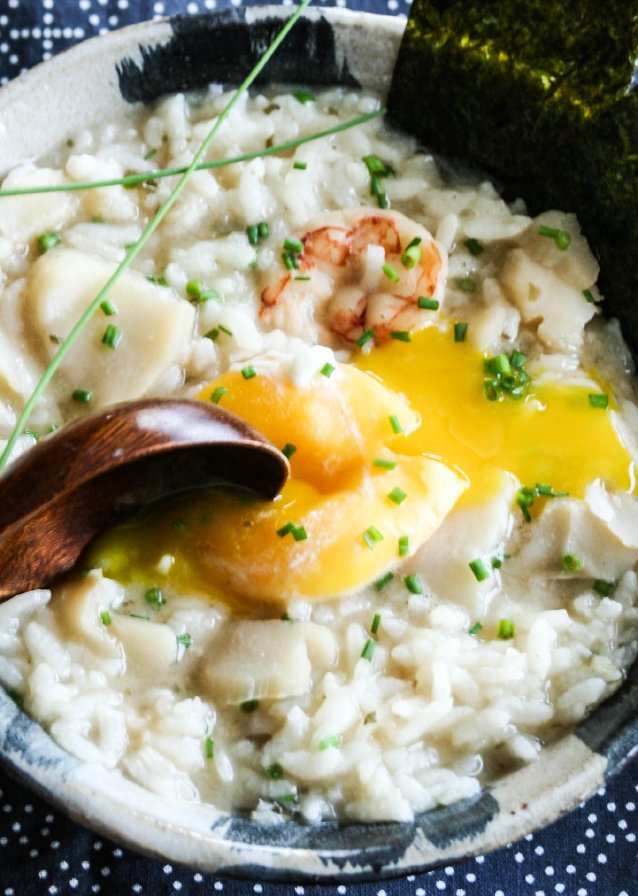 1. Add cooked rice to the stew.
2. Boil and then cook over low heat for a few minutes until the rice soaks the soup.
3. Add an egg yolk to the risotto. Continue to cook for a few minutes. Do not overcook the yolk.
4. Serve with chopped chive.