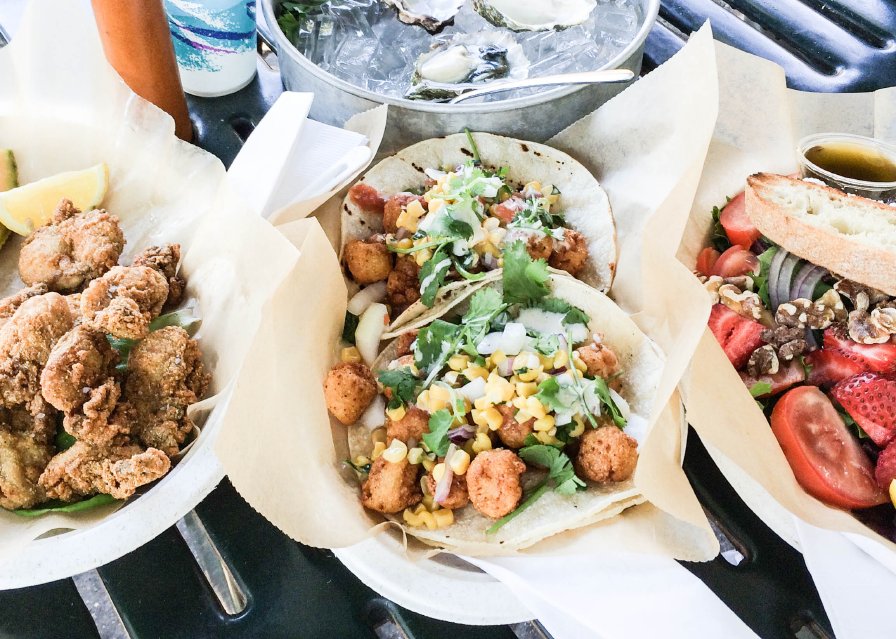 When we had one-week stay-cation last week, this place was quickly added to our  to-do list.

This is located in the middle of Minnehaha Park. 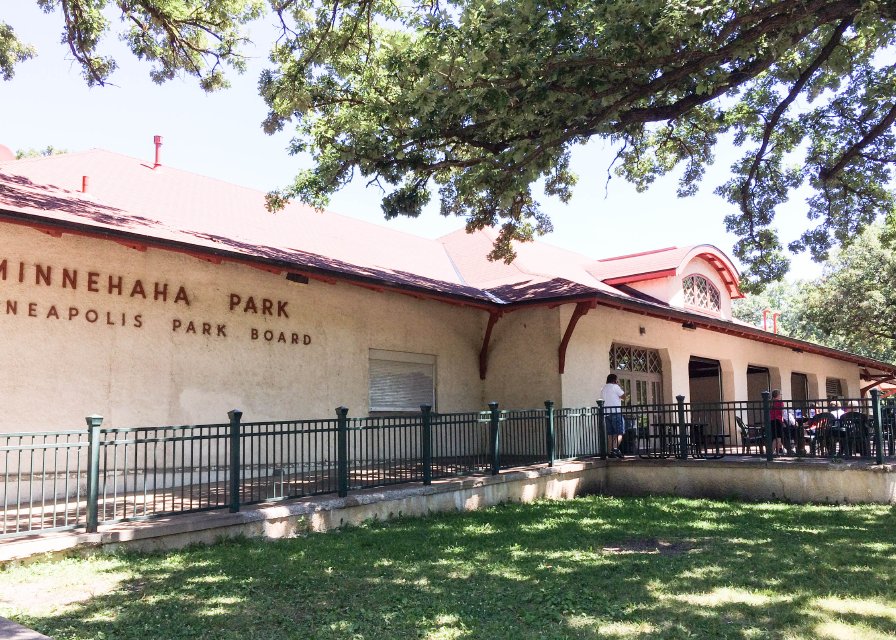 Last time we were there, there was a looong line in front of the restaurant and we left.

It was a weekend, and this time we made sure to go on a weekday. 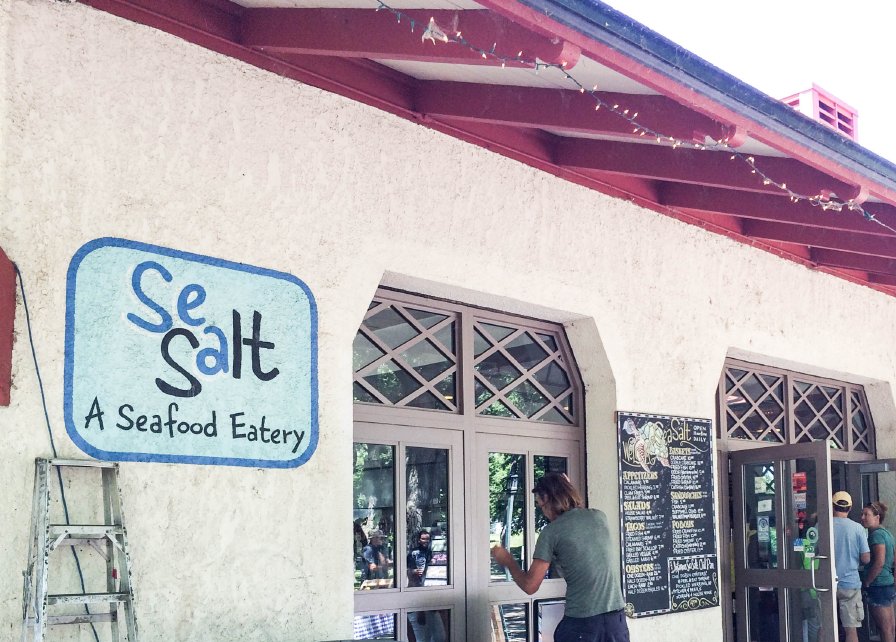 We were there at 11:20, and there was a line, but not long enough to discourage us.

The staff seemed well trained, and the lined moved quickly. 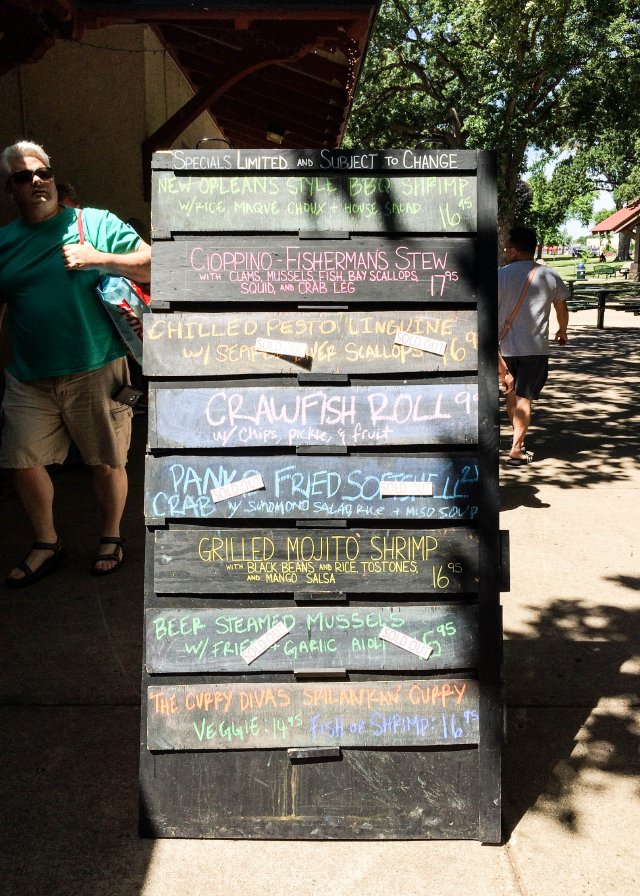 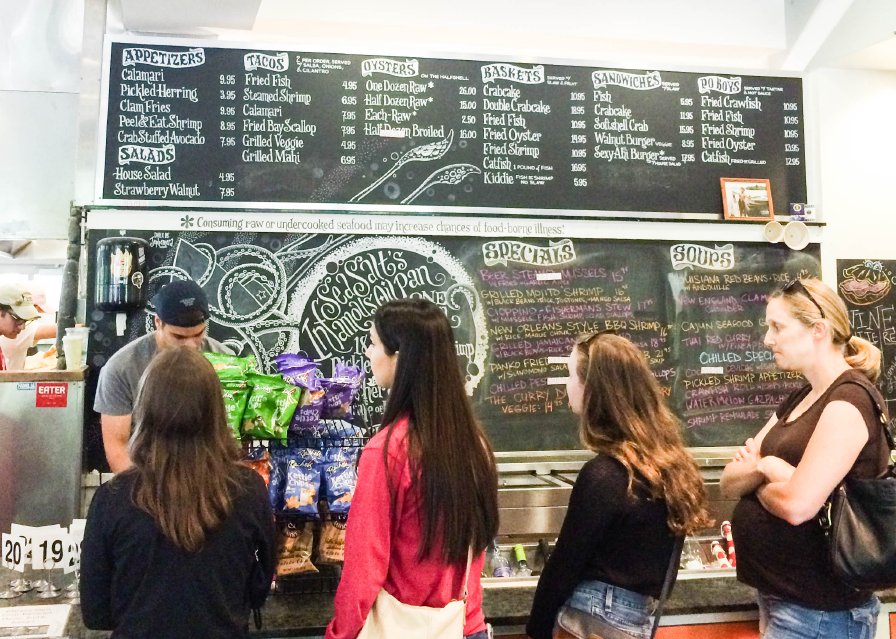 There was a menu outside and inside the building.

But I didn’t need to look at it, because I came prepared!

I knew exactly what I wanted to order for myself AND Terry (lol). 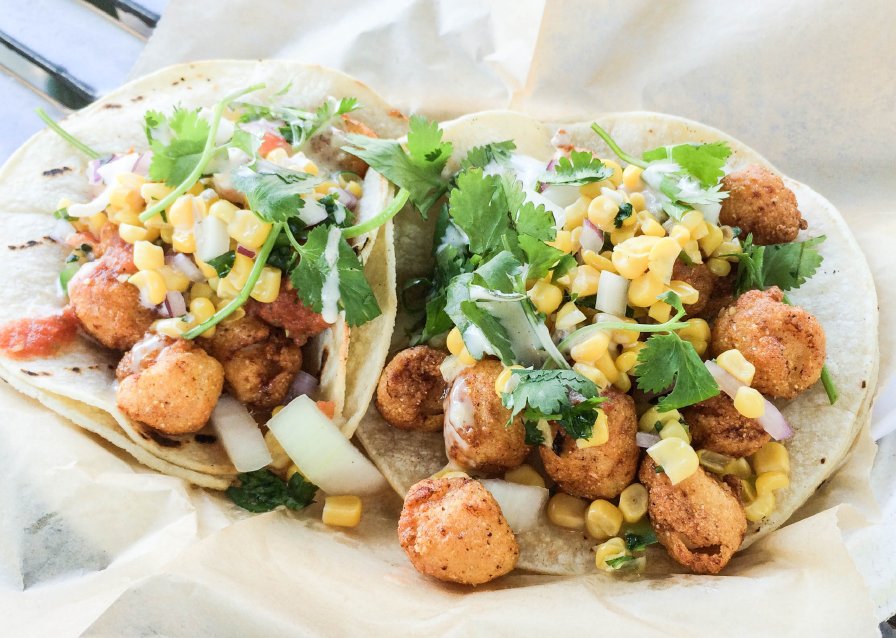 Terry had scallop tacos (with my recommendation) and spinachstrawberry salad.

Terry liked them both.

The portion of the bay scallops was very generous. 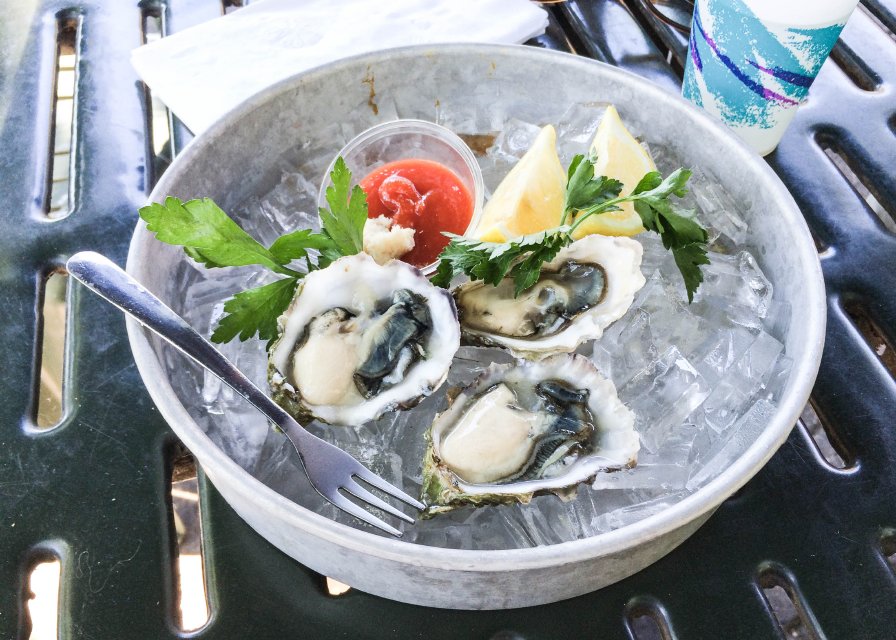 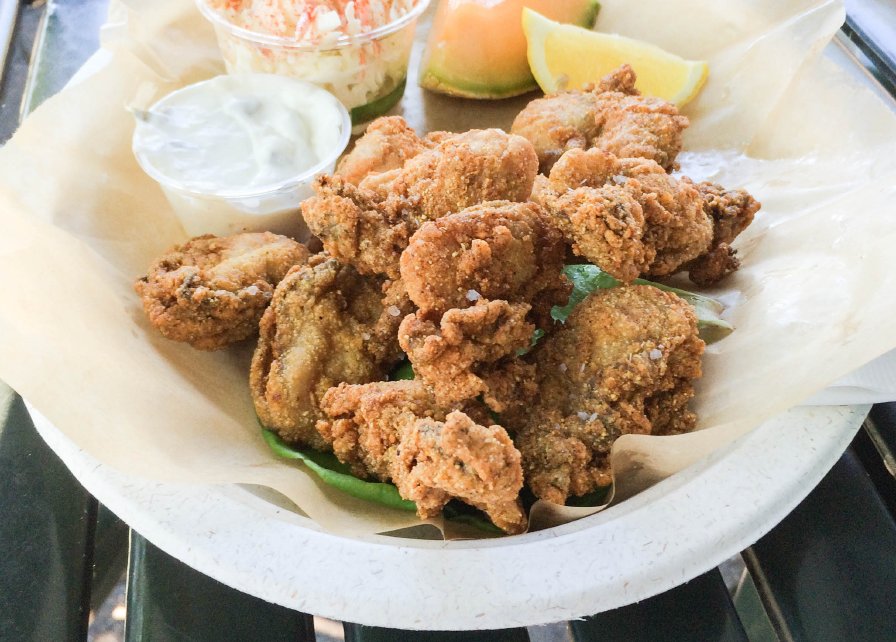 I had raw oysters and fried oyster basket. 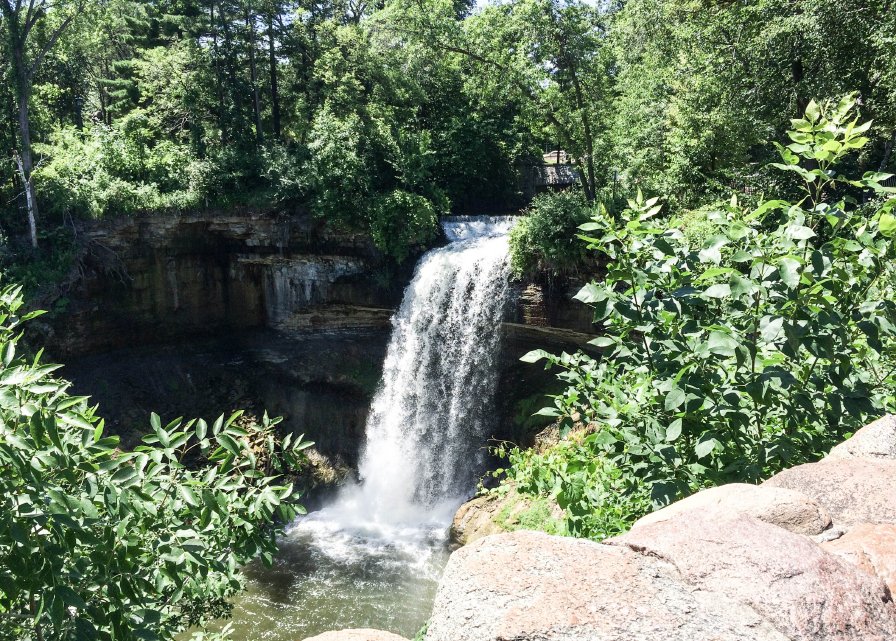 I was so happy with the lunch and extremely satisfied.

I felt my mission was accomplished that day, but we did go see the fall that is supposed to be the main feature of this park (or the second feature after the restaurant, but it depends on who you ask!). 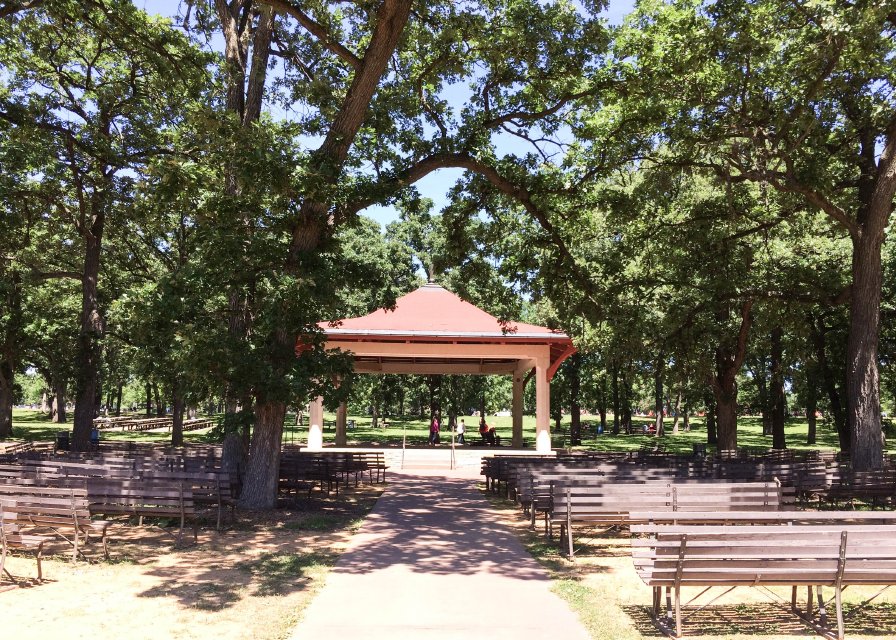 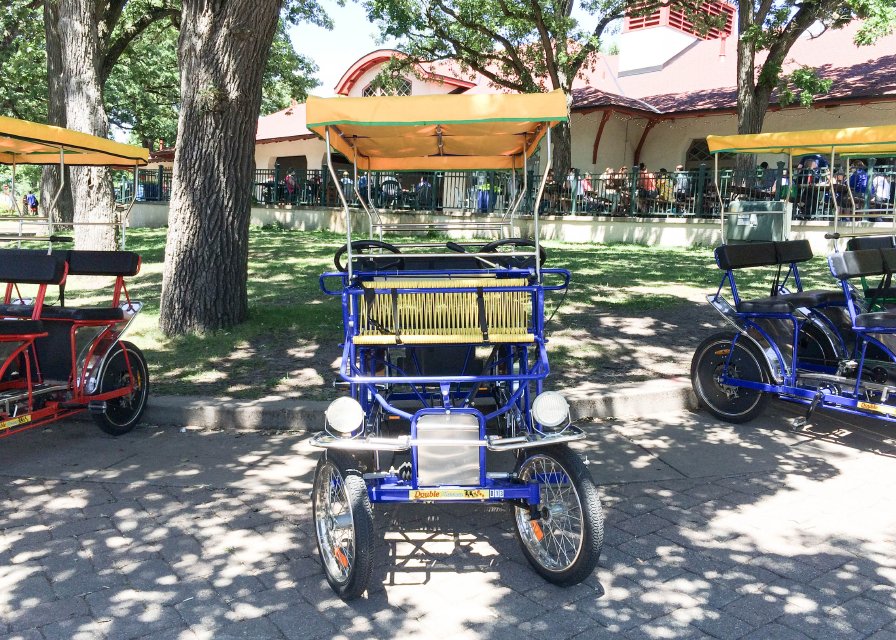 We had a nice stroll in the park.

We could have rented a surrey, but walking felt good after the big meal.

I used to live in south Minneapolis where this park is located, actually only several blocks from it.

When I came to Minnesota from Japan 15 years ago I didn’t know anything about the twin cities.

I looked at a few houses looking for a room to rent around the cities, and I quickly decided on a house in south Minneapolis because I felt good about the neighborhood.

I rented a room in an apartment that was part of the triplex for about 5 years until I moved in with Terry in the suburb.

This area has changed so much since I left.

In my next few posts I’d like to propose a plan on how to spend an afternoon if you ever have a chance to visit this area.

So come back to check it out!