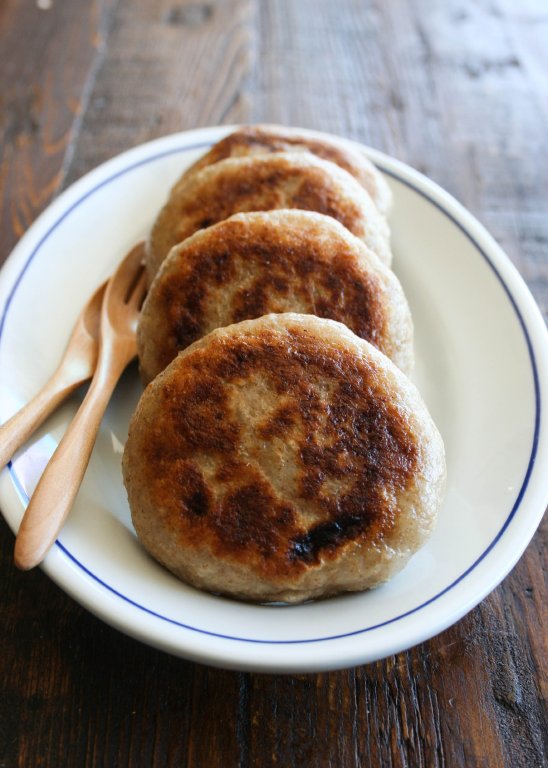 Remember Oyaki that I posted a while ago?

Last time I described it as a “dumpling”, but I later thought a “bun” might be a better word for it.

Some people thought it was more like pot stickers or ravioli, and Oyaki is really not like that at all.

It’s much more substantial, as you can see in the pictures, so this time I’m calling them Oyaki buns. 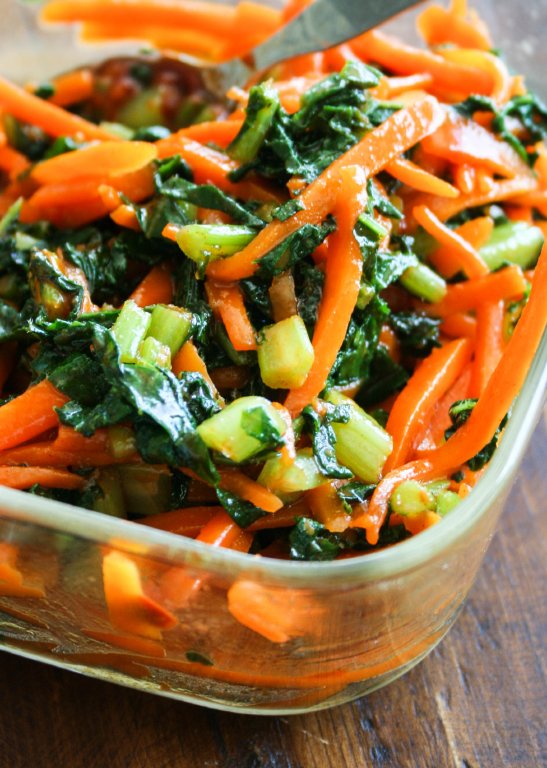 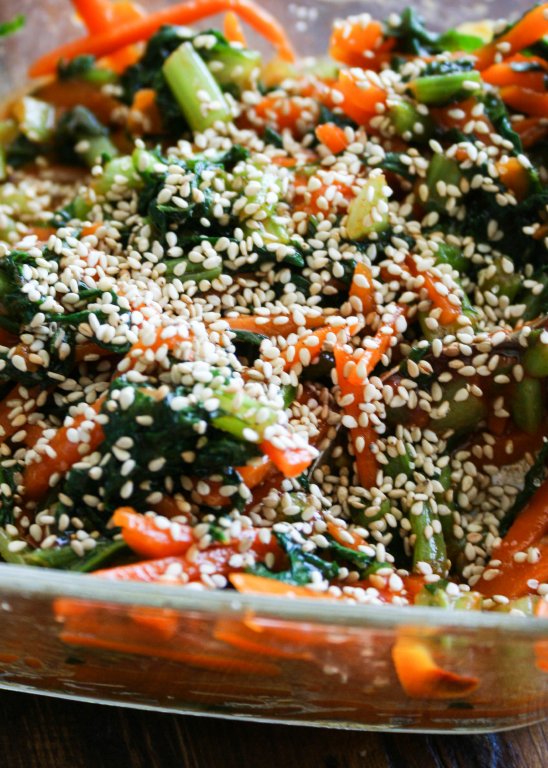 Again you can basically use anything for the filling, but this time I decided to use Daikon greens and carrots.

I cooked and coated them with spicy and sweet sauce using Korean paste called Gochujang, and I sprinkled a good amount of sesame seeds. 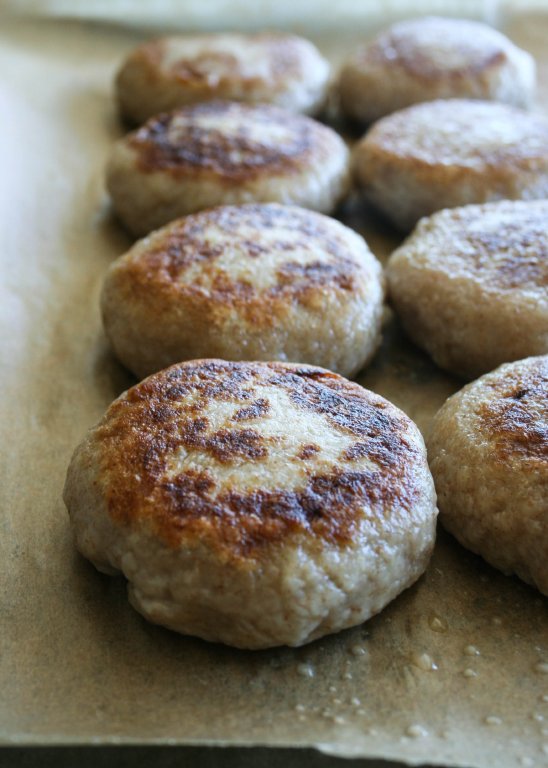 This time I used both whole wheat flour and all-purpose flour to make the buns, and I really liked the taste, the texture, and the color. 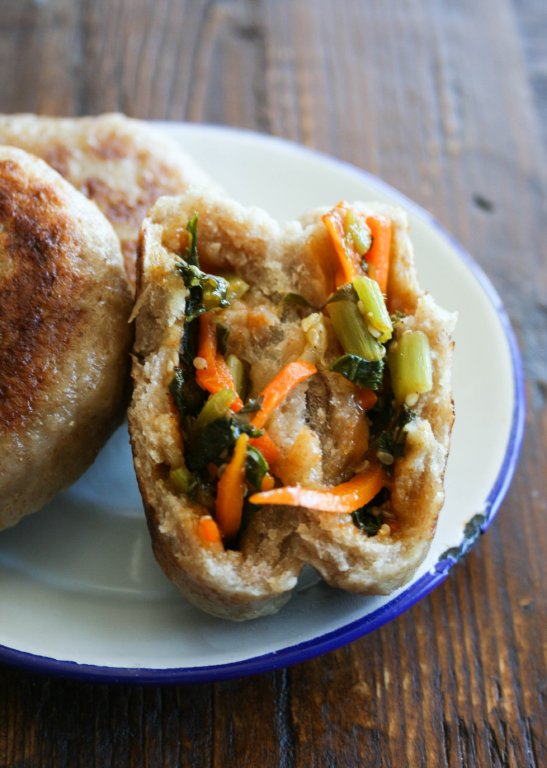 These Oyaki buns have become a very popular snack around our house.

Because of the chewy texture of the buns, I wasn’t sure how Terry would react to them, but he really enjoys them as much as I do. 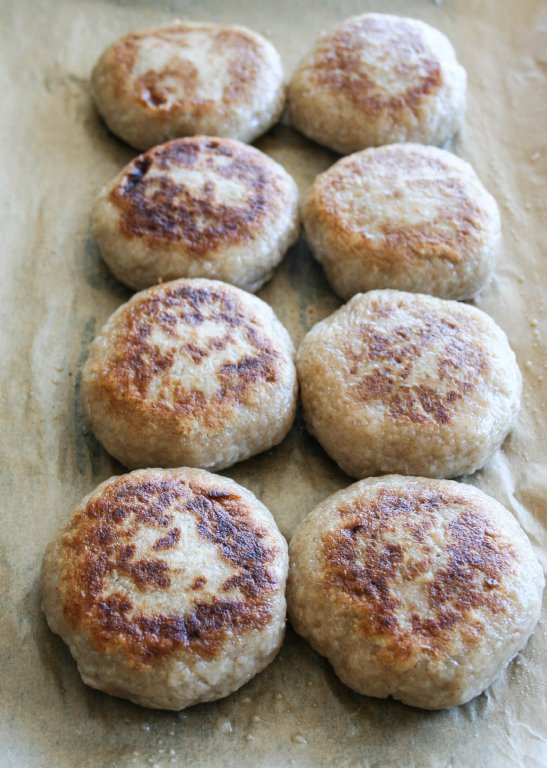 Have a great week, everyone! 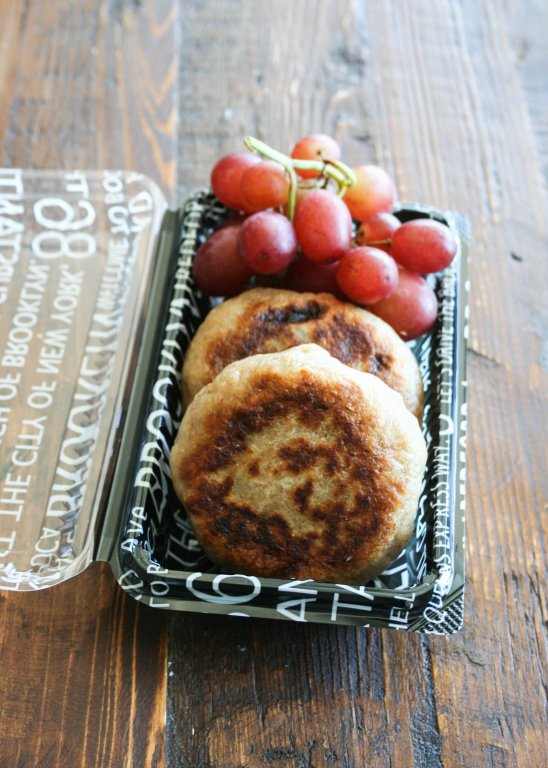