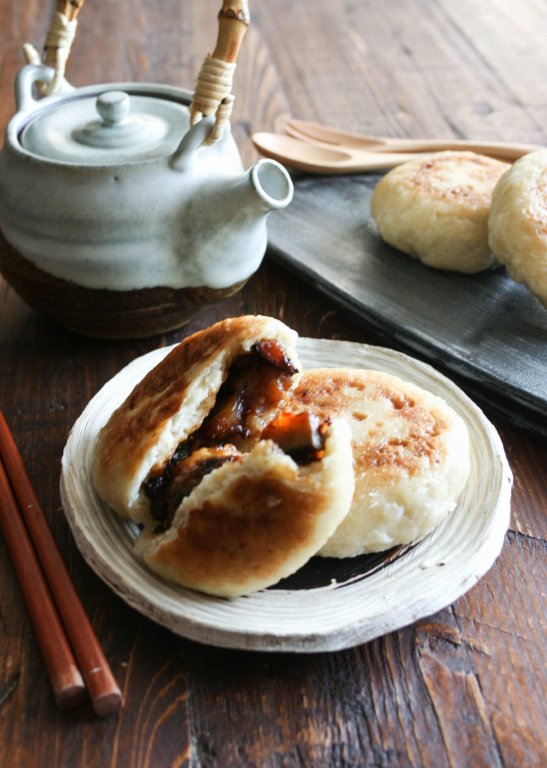 Oyaki is a traditional Japanese snack which is basically a thick chewy dumpling with filling inside which can be sweet or savory.

This was actually the first time I made Oyaki, and it quickly became my favorite!

Oyaki is an awesome snack for many reasons; 1) you can eat it with a hand; 2) it doesn’t contain much fat or sugar; 3) it’s filling and satisfying. 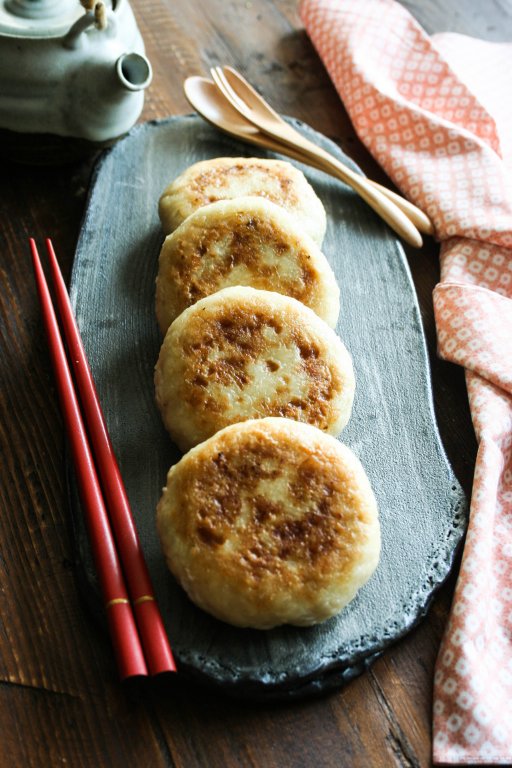 They were surprisingly easy to make, and it didn’t take long at all once I prepared the filling. 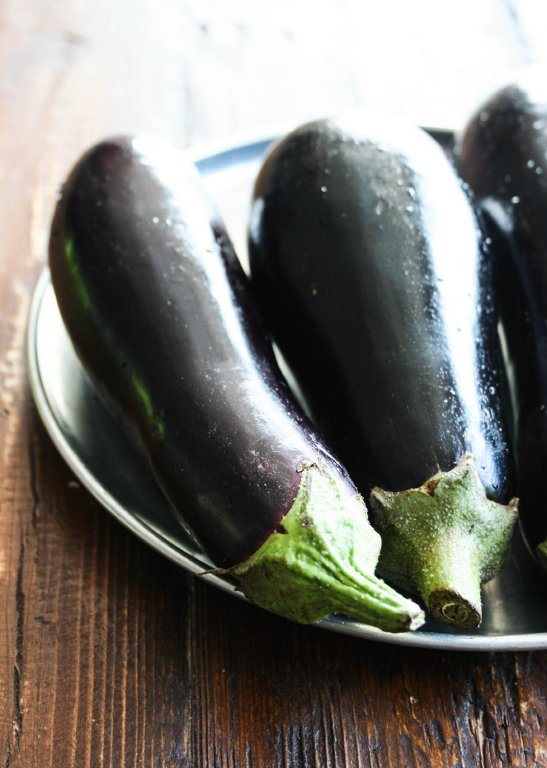 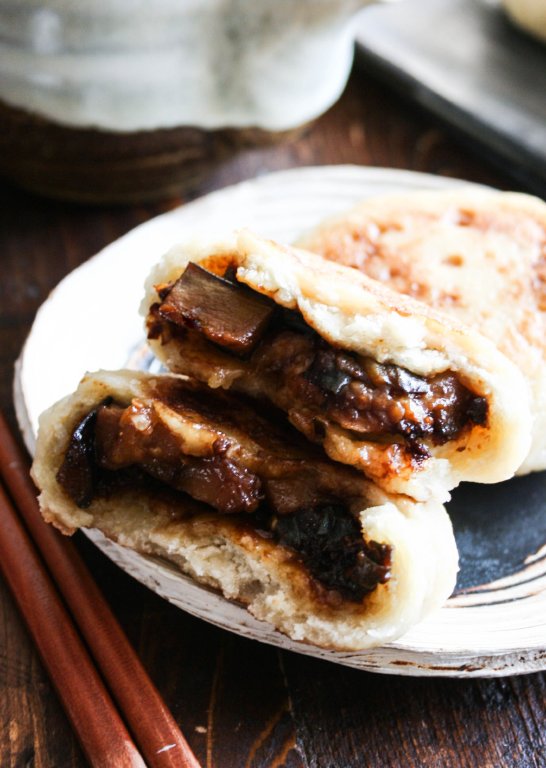 This time I decided to make a savory version and used eggplant for the filling.

Eggplant is known to be paired up with tomatoes, but in Japan the “miso x eggplant” combination is a popular one.

Eggplant was sauteed first and then coated with sweet miso sauce.

1. Make filling. Sautee eggplant in oil. Salt and pepper. Add sake and boil. Add sugar. In a small bowl put miso and add a little water and stir until the miso is not too thick. Add the miso to the eggplant. Coat the eggplant with the miso/sugar sauce well.
2. Make oyaki wrappers. Combine all the ingredients. Mix well and divide into 8 balls.
3. Flatten the balls, place the filling, and wrap them well. Make them disk-shaped.
4. Cook them with oil in a pan for a few minutes each side until browned. Add water that comes up to one fourth of the Oyaki. Cover and continue to cook/steam for about 5 minutes or until cooked through. 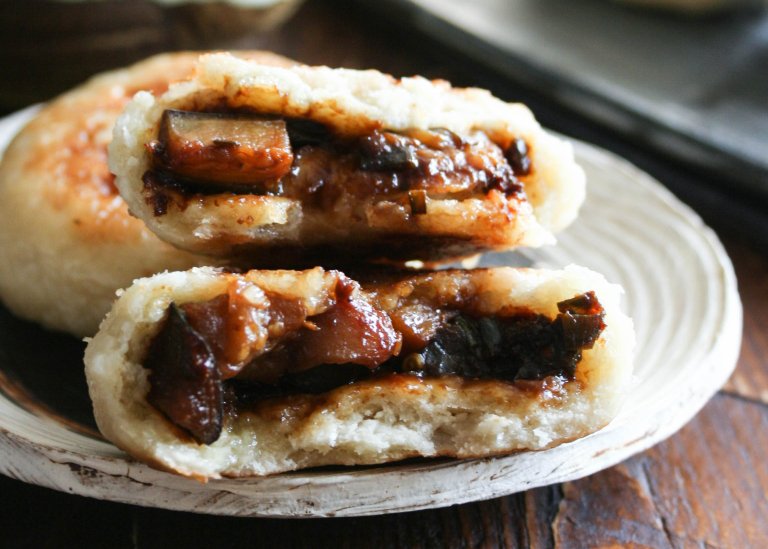 Have a great week everyone!!