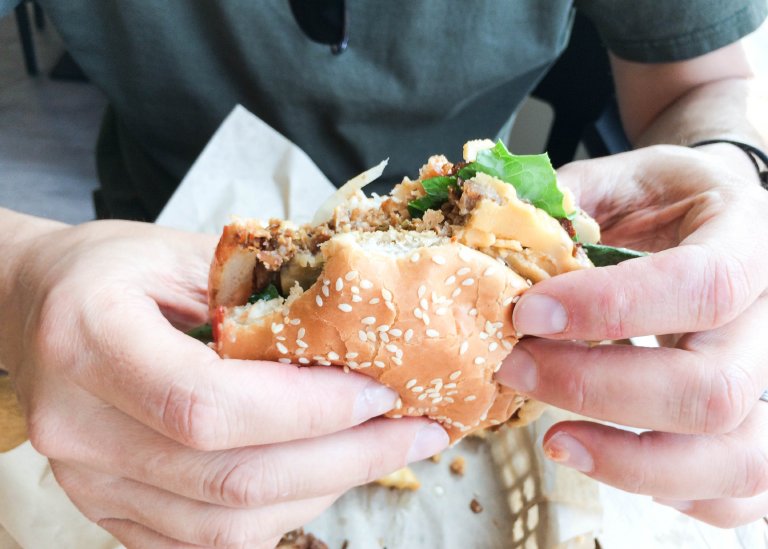 You might ask where Terry got this great looking burger? 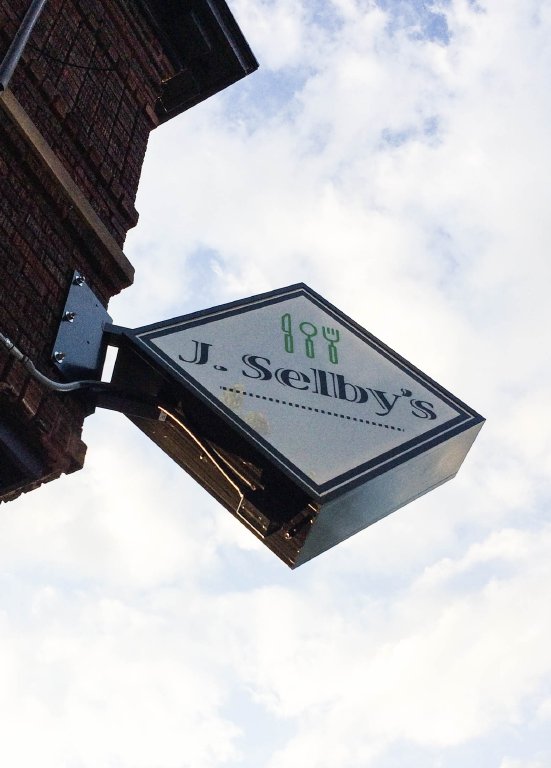 We have been there a few times now, and I want to show you what we’ve tried so far. 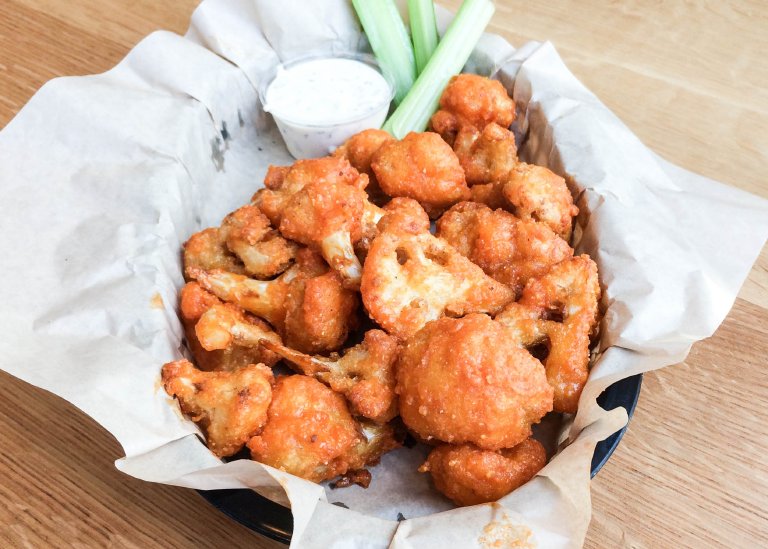 I’ll definitely get this again. 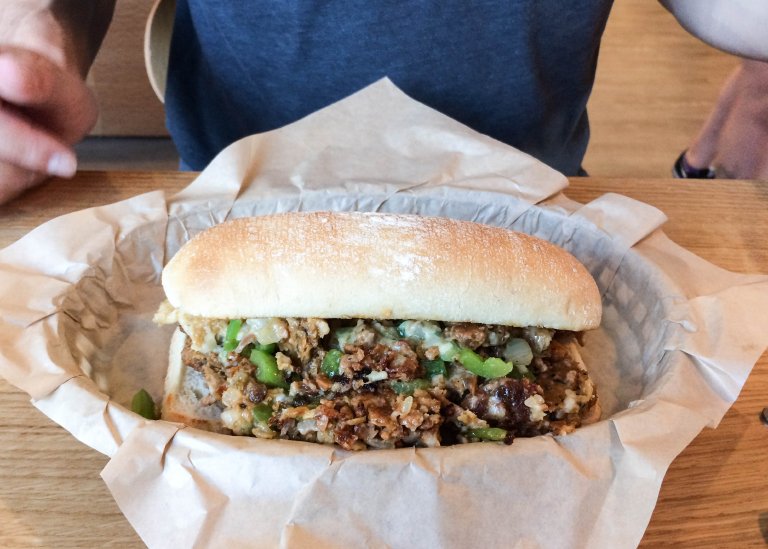 Terry liked it, but the texture and the taste of the “beaf” seemed rather sausage than beef, in his opinion. 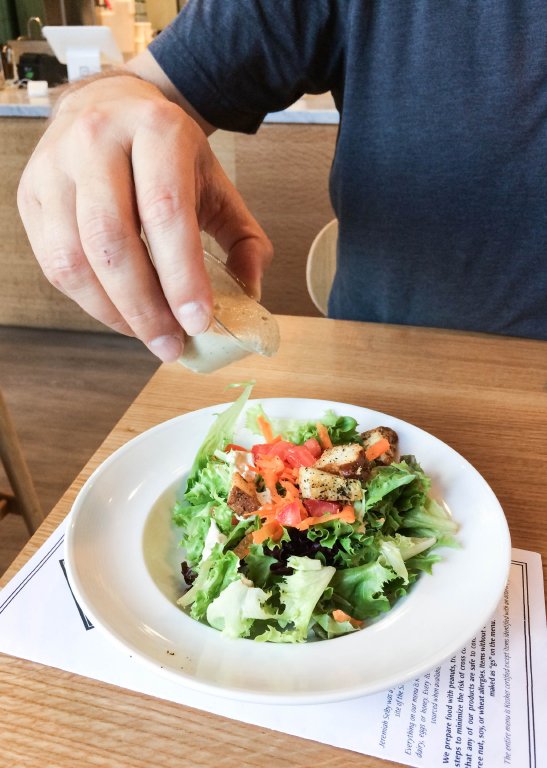 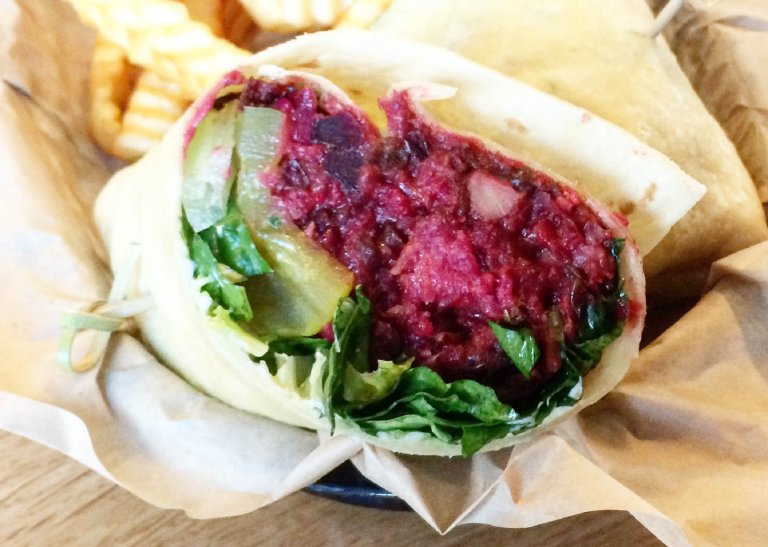 I really liked it.

If you like beet, I would definitely recommend this.

It needed salt, but it was not an issue, as I can just salt it myself.

Under-slated is so much better than over-salted for sure. 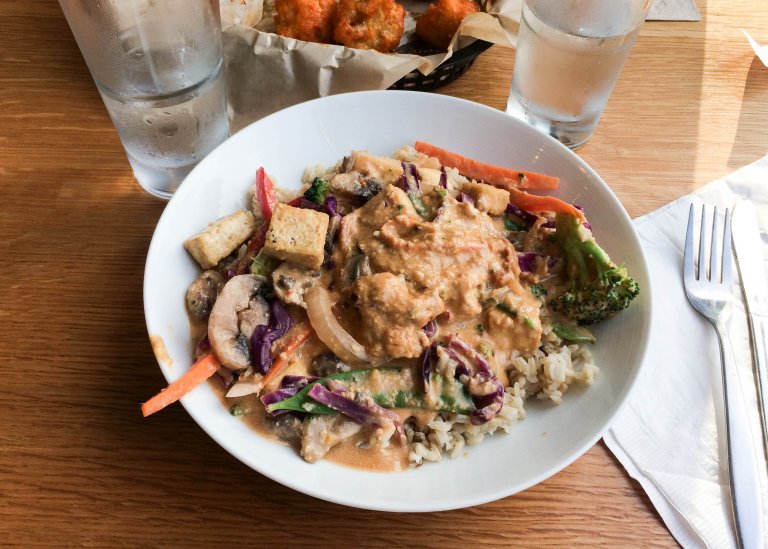 I liked that it had a lot of vegetables, and all the vegetables were perfectly cooked.

The portion size is quite large (I took about a half home).

I personally would like the peanut sauce to have a bit more depth in flavors, maybe a bit sweetness.
And again I needed to sprinkle a lot of salt over the whole dish. 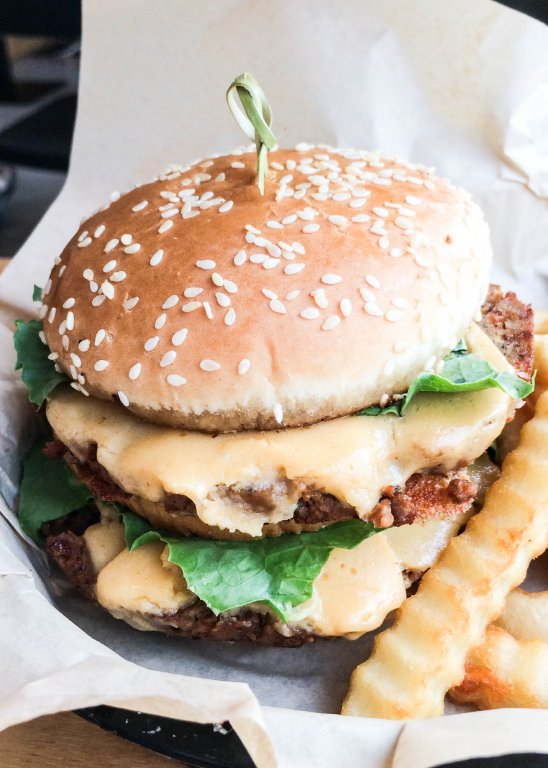 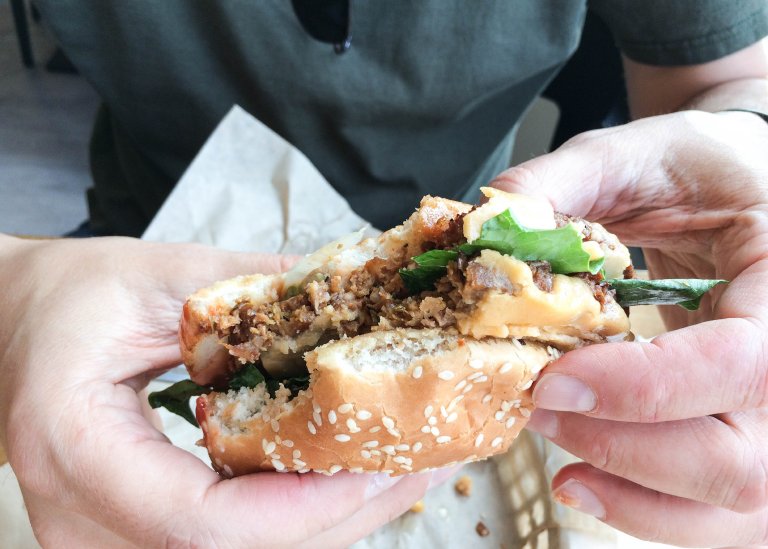 I was never a big burger fan to begin with, so I really don’t need to eat a vegan burger.

And I’m not a big fake meat fan either.

But I was interested in this when I saw it on the menu, and I asked Terry to order it so that I could have a bite.

It was actually surprisingly very good.

I might actually order it myself in the future next time I have the rare craving for a burger!

This restaurant is casual but offers a very comfortable space.

A great addition to the city!

I’ve posted several restaurant options for vegan food in the Twin Cities the past week or so.

I hope these help others who are interested in this kind of food option in the cities!