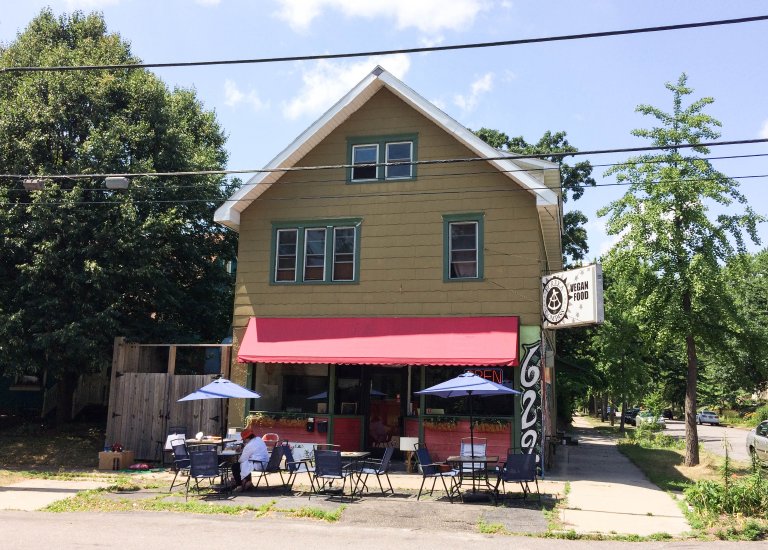 We were at a restaurant the other day and we started talking to one of the servers.

She was a beautiful young woman who told us that she has been vegan since age 19 for several years now.

She was passionate about veganism and was so sweet sharing a lot of information with us.

One of the local restaurants she recommended was this place called Eureka Compass.

She described it as a vegan bakery, and we were excited to check it out. 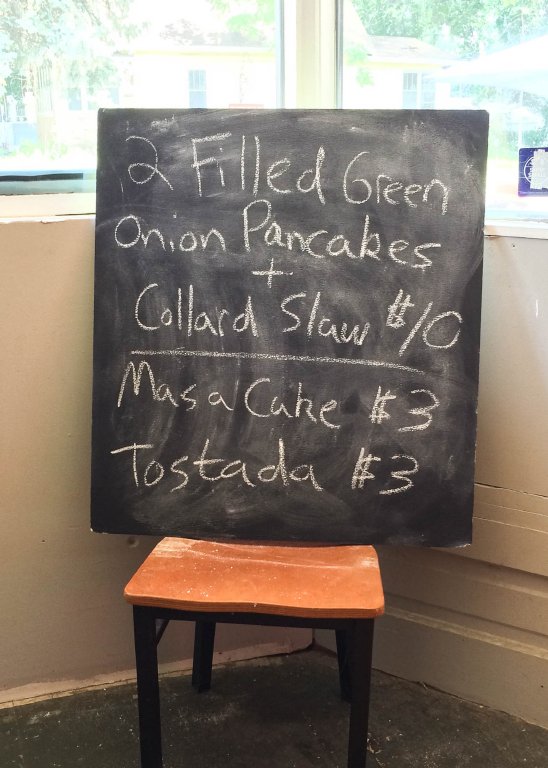 We got there after lunch and we were not hungry, because it was the last minute decision.

But when we saw the menu, we wanted to try something. 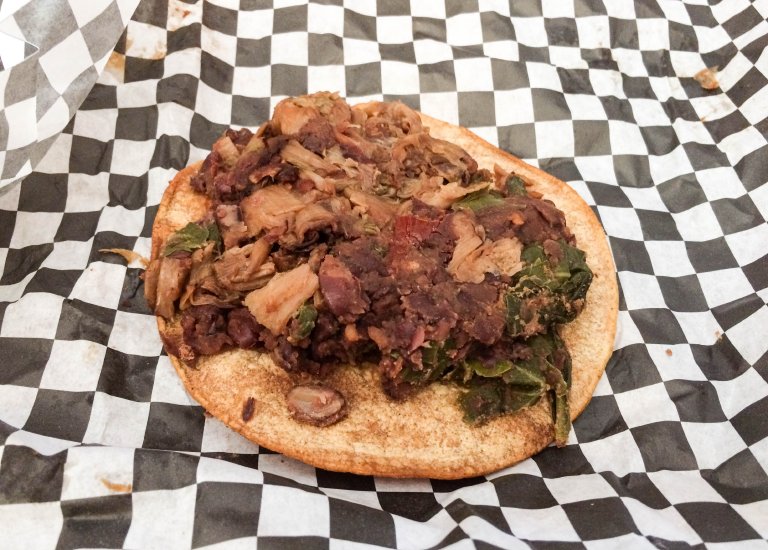 We had a tostada. 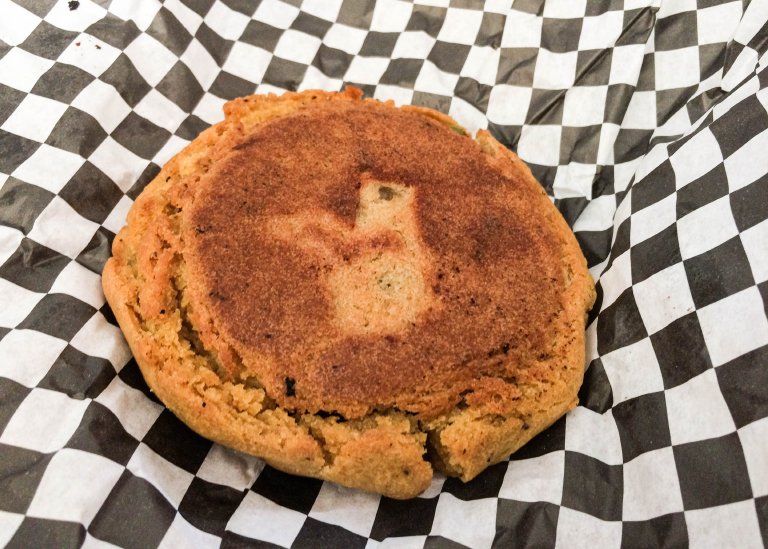 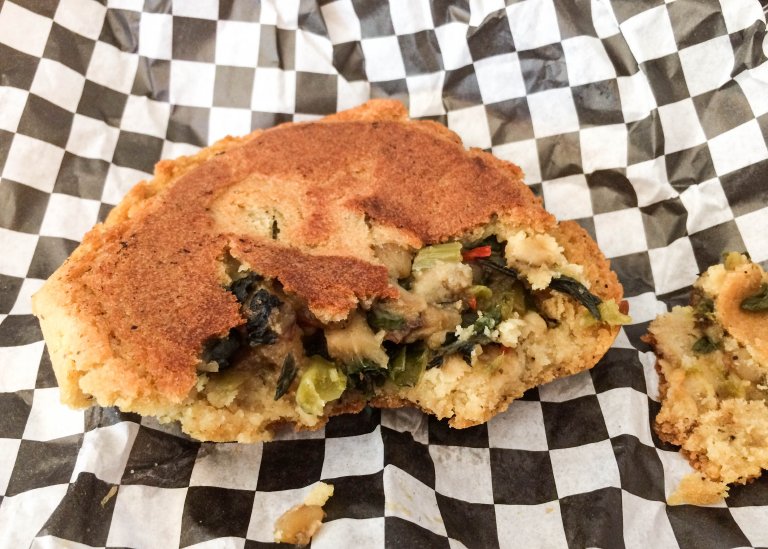 And a masa cake.

They were both so good.

It’s hard to explain what makes me like these so much, but they seemed like vegan soul food (and I really don’t know exactly how soul food is defined!).

Something like a mom would make for her family, which is a compliment!

So I can’t wait to go back. 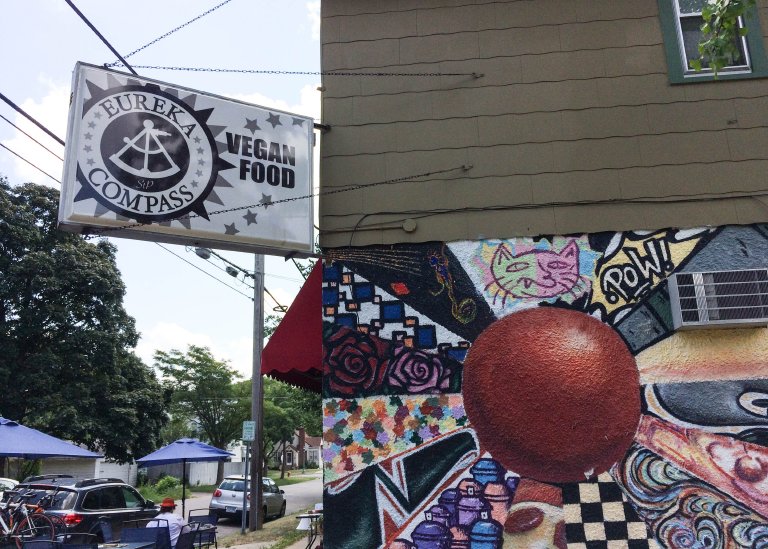 I like the vibe of this artsy building, too.